Elementary, my dear Watson! "What is IBM’s question-answer system?" 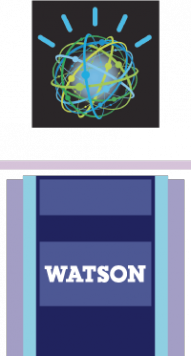 Watson, named after IBM founder Thomas J. Watson, is the world’s most advanced question-answer system. It uses breakthrough analytics to understand what is being asked, analyze massive amounts of data, and provide the best answer based on the evidence it finds. A core team of 25 IBM programmers developed the system and software. They downloaded information from books, movie scripts, encyclopedias, textbooks, news archives, the complete works of Shakespeare and the Bible to Watson’s brain chip, a Power7 processor—primarily designed in Austin.

Three UTCS faculty, along with faculty from seven other universities, worked with IBM to advance the capabilities of Watson. UTCS’s Ken Barker, Bruce Porter and Ray Mooney will be guests at a special Jeopardy! viewing event at the IBM Austin campus on February 16th.

Department Chair Bruce Porter is working on “automated reasoning” and automated question-answer technology. His group of researchers, including Dr. Ken Barker, is working to extend the capabilities of Watson, with a focus on extensive common sense knowledge. The objective is to help the system answer questions by developing a computational resource of common sense knowledge.

Research Scientist Ken Barker is working on an extension of Watson technology for a project focusing on machine reading, or automated reading and comprehension of natural language.

Professor Raymond Mooney’s research group is developing computational methods for processing text, focusing on systems that automatically learn to map language into a logical representation of its meaning. Professor Mooney developed methods that learn to extract knowledge from text—a key requirement for the Watson system.

At the contestant’s podium, Watson is pitted against two of the best Jeopardy! players of all time. Ken Jennings holds the record for most consecutive wins at 74 games won with $2.52 million in winnings; Brad Rutter has a total of $3.2M in winnings.

Host Alex Trebek reads a question out loud while Watson receives input in text form—no speech recognition software is used. Watson moves at lightning speed thanks to a Power 750 server (also primarily designed in Austin)—a cluster of 750s housed in 10 computer racks, 16 terabytes of memory—the equivalent of one million books’ worth of information, and 3,000 cores running simultaneously to parse information against a vast database, find several-hundred candidate answers, score them by thousands of algorithms, and compare the highest score against a threshold. When Alex finishes speaking, a light signals that the buzzers are open. Watson receives an electronic signal at the same moment and can reveal it’s most preferred answer in seconds, while a typical PC would require about two hours for the same process. Watson will only buzz in if it has an answer with a high enough score in time.

The kind of questions that make Jeopardy! interesting are full of insinuations, obscurity and witticisms. Language comes naturally to people, because we think in words and phrases. Computers, zeros and ones at their foundation, process information mathematically. Formal mathematics doesn’t exist for everyday language, explains Dr. David Ferrucci, program manager of the Watson project.

IBM is looking for commercial applications for Watson. Dr. David Ferrucci says, "The success of the Jeopardy! challenge will break barriers associated with profound effects on science, technology and business.”