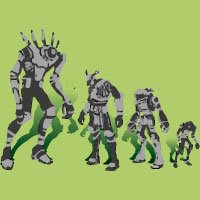 The gaming industry is one of the fastest growing intersections of entertainment, art, and technology. It now generates more revenue than the music industry and film box-office receipts. Texas has the second largest concentration of game studios in the U.S., and as mobile, online, and social platforms improve, more opportunities will arise.  Within the Texas gaming infrastructure, Austin alone produces more than $1 billion in gaming centered economic impact and houses in excess of 100 gaming studios—more than the rest of the state combined. Arguably, a world-class game development program that can support and take advantage of the Austin game scene is both natural and overdue.

To meet this need, Computer Science, Radio-Television-Film, and Fine Arts began offering classes in fall 2011 through the Game Development Program.  UT’s leadership intentionally did not create a degree program—an action driven by the fact that UT can respond more effectively to market needs through an interdisciplinary process that reflects the nature of the industry itself.

The culminating class of the Game Development Program is the capstone course, usually taken in the senior year. Associate Director Paul Toprac relied on competitive admissions to assemble thirty students from different disciplines to work in small groups developing digital games for the spring 2013 inaugural class. The coursework reflects the realities of the industry: students with diverse talents will have to work collaboratively to create meld art and science into an actual, functioning game by the semester’s end.

For information on admission or corporate partnerships visit the UT Game Development Program.