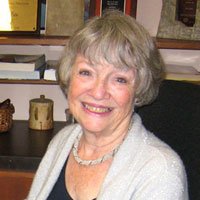 The University of Texas at Austin Department of Computer Science's (UTCS) student group Women in Computer Science (WiCS) has renamed their "iPals" mentoring program to the Nell Dale Mentor Program.

The goal of the Nell Dale Mentor Program is to increase the number of Women in computer science and retain women in this major. WiCS is striving to have one upperclassman become a mentor for one to two mentees, including freshmen and transfer students. WiCS members are hopeful that a mentor/mentee relationship with another female will be help in sustaining the female population in a male dominated major. 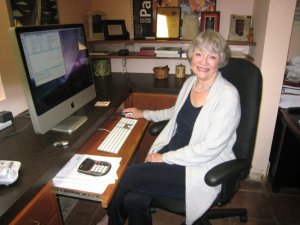 The women of WiCS chose Dr. Nell Dale as their mentor program’s namesake because they felt she would be a perfect fit for what they are trying to accomplish. “I am humbled and honored to have the group named after me. I am thrilled by their goals and enthusiasm. Having a critical mass of colleagues is very important: much more so for females than for males. It dispels the myth of the lone hacker surrounded by empty paper coffee cups working into the early morning hours,” says Dr. Dale. She is an internationally recognized leader in computer science education research, an award recipient, author of many programming textbooks and mentor to thousands of students. A retired Senior Lecturer from the UTCS, Dr. Dale earned her undergraduate degree in Mathematics from the University of Houston, and her M.A. in Mathematics and Ph.D. in Computer Science from UT. In addition, she earned the Karl V. Karlstrom Outstanding Educator Award in 2001. 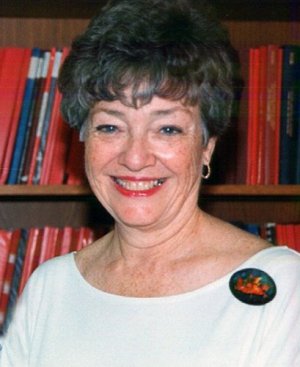 Dr. Dale's leadership role in the Women in Science Program, funded by the National Science Foundation, enhanced career opportunities for hundreds of women who have science degrees but were unemployed or underemployed. “I remember checking my gender as male on a teacher evaluation form: I was the only female in the class and wanted to be anonymous. The ratio of men to women in CS is still too one sided, but at least the ratio is measurable. As a young teacher, I remember joining a women's group at the church to be able to talk with other females, because both the majority of the students and all the other faculty members were male. I felt no prejudice, just a sense of isolation. Thank heavens those days are past.” Through her mentoring programs, a large number of these women retrained in computing science programs, and returned to the workforce as educators in computing and information disciplines.

Dr. Dale served on the faculty of the university for more than 25 years. She retired from full-time teaching in the summer of 2000, and now spends her time writing, traveling and playing tennis.

Dr. Dale’s advice for the next generation of female computer scientists: “Grasp all opportunities and don't be intimated by anyone. Men tend to plan their careers; women seem to fall into theirs. Decide what you want to do and be and then go for it. Plan your path but be flexible."