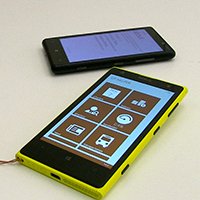 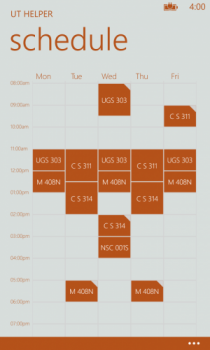 A listing of all of your classes, instant up keep of how much you have been spending at the dining hall, and a quick way to check if you will have enough internet the rest of the week until your bandwidth resets. These are just a few of the features available on the new unofficial UT Window’s Phone app, UT Helper.

The official UT app is only available for iPhone users, leaving those with android phones to seek alternative methods to quickly have access to all their information within the university system.

That’s exactly what inspired UTCS  freshmen Mustafa Talebto and Melanie Rivera to create an application that would do similar tasks as the official app.

“Having to go through their desktop-optimized website is a nightmare on mobile,” Taleb said. “So in a sense, I made this app to help me get to the information I want faster, but also to help everyone else with a Windows phone to escape that nightmare as well.”

Now available through the Windows app store, once downloaded, all that is needed to log in is your UTEID and password. All information that you would find through the web based UT Direct, is accessible right in the palm of your hand thanks to a unique implementation of application programming interface. 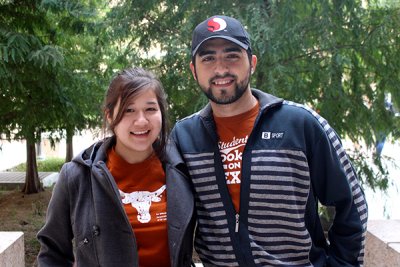 “UT does not offer an official interface for developers to connect to and access the data they want,” Taleb said. As a result, I had to see how they implemented their iOS API by reverse engineering the app. I made my own implementation of the API, and from there we worked, as a team, on the interface and the backend connections.”

“I broke out the inner artist in me to design the overall look of the app,” Rivera said.  “I’ve always had an interest for user interfaces, which I used to help implement the main application page, bandwidth page, food page, and balance page. I also created the UT Helper icon.”In making the app the two worked for two months to finish. Overall 20 hours of coding was put into creating the final product.  The work put in by the developers was not just primarily coding, but reliant on design.

In the future both developers hope to expand the app to improve the overall efficiency.  Currently they are looking into having live icons that update regularly on the homepage.

“It is going to be an ongoing project that we will contribute to every now and then during our time until we graduate.” Taleb said. “Expect more updates, more features, and improvements to the ones that are already there.”