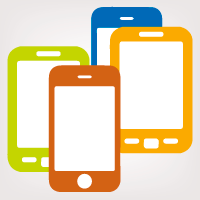 It’s common to check Instagram, what the weather will be like, and fight personal battles against starting another game of 2048 before even getting out of bed these days. Mobile computing is completely changing everyone’s lives, and yet the people capable of making these changes are extremely uncommon.

Responding to industry needs, UT-Austin has created the Mobile Computing Certificate. The certificate is part of the Game And Mobile Media Applications (GAMMA) Program—an interdisciplinary undergraduate program jointly developed by the Computer Science department, College of Fine Arts, and Radio-Television-Film department. To earn the certificate, students must complete five classes, including Introduction to Wireless Networks, Computer Networks, two upper division electives related to mobile computing and a mobile platform requirement. Starting next spring, students will be able to fulfill the mobile platform requirement with either iOS or Android.

While mobile computing classes have been offered at UT before, Dr. Paul Toprac notes that the certificate will show that students “have collected a series of courses that sum up to something beyond just taking a bunch of random courses.” Toprac recognized the need to train students to participate in the rapidly growing mobile industry when he first started at UT two years ago. He explains that those who complete this certificate will become more specialized, able to fulfill the need for entry-level mobile jobs in industry.

"Our re-designed curriculum allows students to focus on one or two areas of computer science, including mobile, gaming, security and big data. There is a growing demand for students to specialize in a certain area, so we are giving students the tools to be successful in the ever-changing world of technology," says Tiffany Grady, Associate Director of Academics for UT Computer Science.

This program has received a lot of support and encouragement from companies interested in hiring mobile computing graduates in the future. One in particular is called Mutual Mobile here in Austin, which was started by UTCS students who took Autonomous Multiagent Systems, and realized that concepts from the class also had mobile applications. Companies that aren’t entirely focused on mobile computing, such as RetailMeNot, are also interested in hiring graduates of the program and see the value of growing their mobile operations in the future.

Dr. Bruce Porter, the chairman of UT Computer Science, also highly supports the certificate program. Last summer, he started talking to faculty members about the importance of opportunities to bring mobile computing to students, which Toprac claims is “another indication that they’re trying to respond to industry needs, particularly ones that fit very well with UT and Austin. Austin is very big in game development and mobile computing.”

Toprac says that the typical student that he expects to complete the certificate will be more interested in front end work, and that they will be working on teams with people like customers, artists and designers to create their apps. He explains, “they have to understand interface design and interaction design… that being said there are people who love doing back end stuff who take these courses and learn how to do the front end stuff” as well.

One of the things Toprac says he’s most excited for is that “we’re going to see an explosion of apps being created by students.” There really isn’t a better place and time for this program to exist than here in Austin.