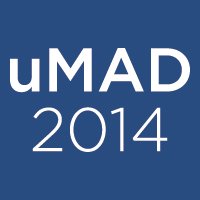 “In one night we wanted to bring together all the engineers that built the tools we like using, and they would teach us students what they did to develop those tools or help us with our own projects.” Sai Avala, Android director for MAD said.

However, students voluntarily taking classes on a Friday night seemed dubious to some.

“I thought it was a very ambitious and enterprising idea, but I also had this sinking feeling that it would probably attract 25 students,” Professor and Chairman of the Department of Computer Science, Bruce Porter said, “I was absolutely blown away by the success of it.”

Success was not only measured in the number of students that attended.

“When the students were walking around the atrium they were having really casual, normal conversations with the engineers, like they were talking to friends,” Avala said. “At a hackathon or a career fair you go to the companies and you pitch yourself to them because you want to impress them as much as possible, but at a conference everybody is there doing something they like. Some students actually got jobs on the spot. The interview was just being with the engineer.”

Although some looked for jobs, most students were focused on learning.

“This may be what higher education should look like,” Porter said. “Increasingly in the future students will be more responsible for their own education, and that’s what this showed me. A student run event on a topic that the students all passionately care about; that sparks the engagement of the students much more than I can do in the classroom, or that my faculty can do. I’ve not seen anything like this. 400 students sign up for this event? On a snow day?”

The students weren’t the only ones learning that evening.

“[uMAD] taught me that there is a way to higher education that doesn’t depend on old people talking about things they think the students should care about. There’s an alternative to that,” Porter said. “Pick a topic that’s timely, that people care about, get the old people out of the picture, and let the students train themselves, teach themselves on this topic.”

With over a quarter of the CS undergraduate class signed up and over 300 students attending, the MAD officers can’t help but be excited for what they accomplished this year.

“That’s pretty much why we had uMAD,” Avala said. “Just bringing all the students throughout the community together and giving them the opportunity to learn. And next year will be even bigger.”