In the past few years, Texas Computer Science students have likely seen an increase in the efforts to support women in computer science. Likewise, the department’s efforts to reach out to the larger community have also grown. There are a number of ways that this has happened, and these efforts have generally been quite successful.

Last spring, the department got a grant from the National Center for Women in Information and Technology (NCWIT), which was funded by Google. Its purpose was to help computer science departments that were interested in recruiting and retention. With this funding, Texas Computer Science hired five students who were informally called the “dream team.” This team spent time communicating with prospective students who had already been admitted into the program over the phone and with Facebook chats. They also invited them to a lunch during Explore UT and set up a visit day in April for the students to meet current students and get a feel for the department. According to Tiffany Buckley, who is the Associate Director for Academics, these efforts “did help our numbers a little bit this year.”

Women in Computer Science is another way of supporting women at UTCS.  Our department’s WiCS website states that the organization’s mission is to “encourage and support women in computing through outreach, professional development, academic initiatives, and social events.” Buckley explains, “I consider WiCS to be a good retention program –getting students together, offering corporate opportunities and academic opportunities. I think just having that community for women helps them.” 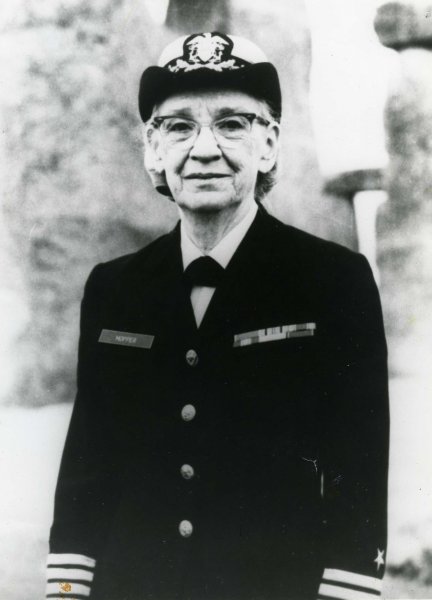 Earlier this month, twenty-four students were also sent to Houston for the Grace Hopper Celebration of Women in Computing. This gathering is hosted by the Anita Borg Institute for Women and Technology and the Association of Computing Machinery. It gives students access to three days of plentiful mentoring, networking, educational, collaborative, and other resources.

Each spring UTCS also has an event called Week With Women. This week includes different opportunities each night centered on inclusiveness, which have varied from speaker events to faculty appreciation dinners where students can invite and spend time with some of their favorite professors.

First Bytes is a week-long summer camp free to all high school girls interested in computer science who are Texas residents. The program seeks to encourage these girls to pursue STEM fields in college, and scholarships are offered to many students who decide to come to UTCS after they take part in the program. This year, nineteen of the sixty campers decided to major in computer science at UT Austin, and six of these girls were admitted to our Turing Scholars honors program. These rates have nearly doubled since the program began in 2006.

There is certainly more that the department would like to do if they had the necessary funding and staff. This ranges from more scholarships given to women, to recruiting trips to high schools throughout Texas. Tiffany Buckley also notes that she would enjoy “bringing all the women in the week before school starts to do a summer ‘get to know you camp’ or ropes course or something where people can go ahead and start building the community early.”

She also explains that she’s “really proud of our women in computer science and our female community here…  everyone is really excited to help each other, to encourage each other, and to build a very welcoming community. I think we’ve hopefully built an inclusive place, and I hope that it will continue to be that way.”