Faculty and Students from Across Campus Collaborate in Robotics Consortium 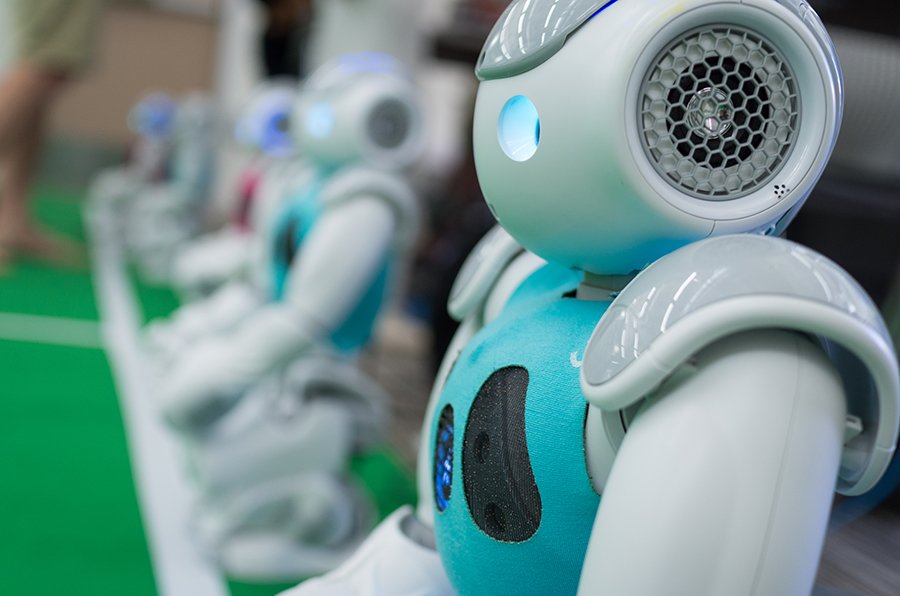 UT recently launched the Robotics Consortium, a group that brings together researchers from industry and across campus to collaborate on robotics research.

Peter Stone, UTCS professor and the director of the Robotics Consortium, said robotics researchers campus-wide saw an opportunity to create an organized structure that partnered with leading companies in the robotics industry in order to enhance robotics research and better serve industry needs. Additionally, the core robotics faculty want to enhance the graduate student experience by exposing them to research of other groups on campus and have direct interaction with industry representatives.

In the past, the different robotics labs have held seminars to showcase their collaborative work. This semester, the robotics faculty have also hosted open houses and lab tours every other week. These events let researchers show off their work and bring together the grad students to discuss their research.

“The portfolio program is one way …  to communicate that we’re really serious about robotics here, enough so that we can provide a certification for our graduate students that they specialize in robotics,” said Scott Niekum, UTCS professor and core robotics faculty member of the consortium. “It’s a really good way to signal expertise to industry as well.”

Robotics has been increasingly used for many purposes, such as manufacturing jobs where humans are less efficient than robots, according to aerospace engineering professor and core robotics faculty Ufuk Topcu.

“The reach of autonomy and robotics into industry is endless, and industry pays attention to the things we do,” Topcu said. “They want to see what is out there at the forefront of robotics so they can know what to adopt.”

As part of the robotics consortium, companies who partner with the program can recruit students working on robotics, give talks at the university and send a researcher to work on campus with UT faculty. The founding consortium partners are Sandia National Laboratories, a nuclear science research institution; Arm, an international semiconductor and software design company; Omnicell, a healthcare software company; and Orbotech, an international company that manufactures electronics.

Robots are used in a variety of industry applications, from working in hazardous environments such as in the nuclear industry to service robots that assist in the home.

Industry and academia often approach research, such as that in the field of robotics, in different ways. For example, companies often work on short-term problems, while academic researchers focus on long-term goals.

“A lot of industry is recognizing that there’s potential value in having robust and highly-capable robots and robotics, but they don’t know how to do it all themselves,” Stone said. “Some of it they can do and some of it they need to be thinking ahead and they need long-term research to help guide the way. We also, from the research community, need guidance from industry as to what are the current unsolved problems and what are the interesting directions to go in the future.”

For example, some car companies such as Toyota and Tesla are actively researching and developing autonomous vehicles. While these companies are working on improving the functionality of these cars, academic researchers can start thinking about the safety of these vehicles, how much we can trust them to drive on the streets, and what kinds of regulations they may be subject to, Topcu explained.

“In this sense, within the same problem domain, industry and academia can serve to complementing challenges, and once both of them make progress we will have a collective solution,” he said.