Student Mindful of What We Owe to Education 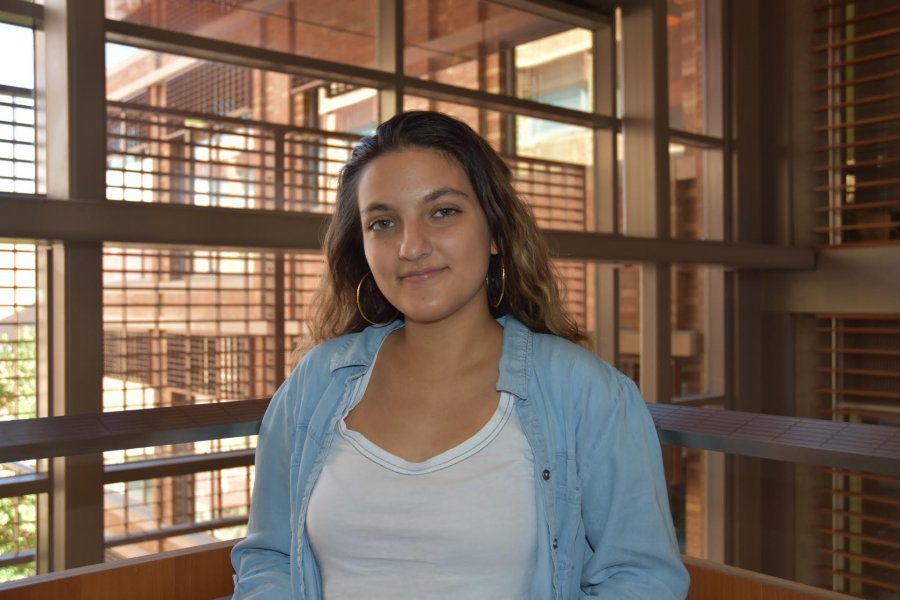 Education is powerful — it’s a means to inciting progress in the world, empowering individuals and transforming lives. Education’s role in facilitating positive change is a major theme in Texas Computer Science student Dora Gurfinkel’s life. She’s so aware of it, in fact, that she is using her education to elicit real change within the university while paying homage to her family’s unique history.

Dora was born in Venezuela but has lived the majority of her life in the United States; she holds dual citizenship. Her last name, Gurfinkel, sometimes causes people to ask questions. “It’s not a normal Latinx last name,” she admits. Her grandfather, Mariano Gurfinkel, is a man of Polish and Jewish origins and lived through the Holocaust. He survived imprisonment in Auschwitz and once free, traveled to Venezuela as it was one of the few countries readily accepting Holocaust survivors. Mariano’s story resonates with Dora because, “after coming from no family and belongings,” he attended both MIT and UC Berkeley, and ultimately established a long-lasting career in diplomatic oil relations. His experience, in Dora’s opinion, is part of why her family deeply values education and why the value was embedded into her upbringing. 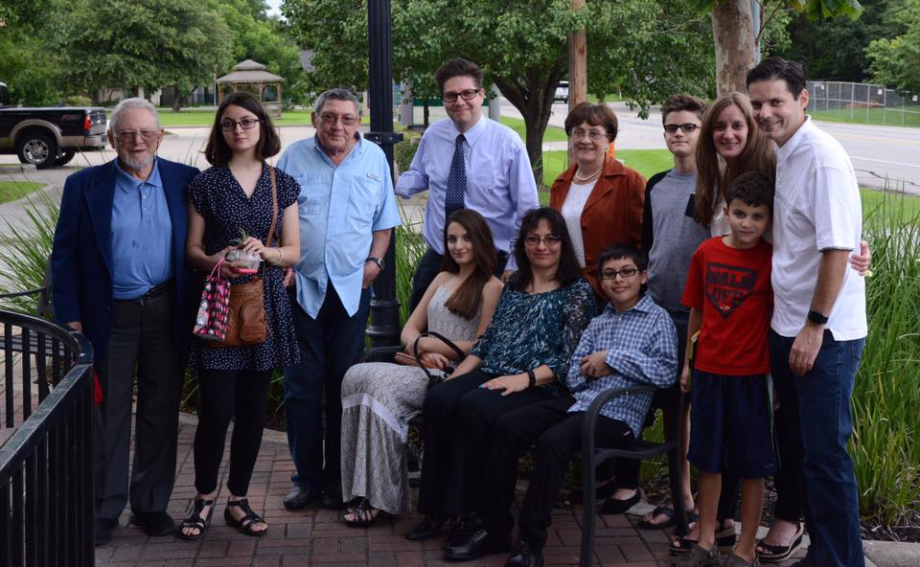 As a whole, the Gurfinkel family is full of awe-inspiring stories. Her grandmother, Laura Castillo de Gurfinkel, was Minister of Education in Venezuela and worked toward modernizing and improving the county’s education system. Dora’s father, Mariano E. Gurfinkel, attended MIT like his namesake and returned to Venezuela to work for the state oil company. However, her family left the country during the political turmoil in the early 2000s. On discussing their decision to leave, Dora’s parents said that “we left before we were going to be used by the regime for their benefit or denied livelihood.”

The family immigrated to the United States, an opportunity that they had due to her father’s educational background. The ability of education to open doors and better one’s situation was ingrained in her growing up. Dora said that a prevailing belief was “the importance of education and what we owe to it as a family.”

When speaking with Dora, one can sense how her family’s history has shaped her values and direction. She takes her education seriously, but her path to The University of Texas and Texas Computer Science wasn’t a straight line. Dora decided to attend the university to remain close to her family, adding that “my dad joked ‘If you want me to retire, you’ll go to UT.’ ”

She initially majored in chemistry but, in the back of her mind, considered switching her major. She hesitated because she “never saw [herself] as someone who would be in computer science” plus, she added, “sometimes you have people explicitly say it wasn’t for you.” Still, she took the plunge and decided to double major in computer science and math, noting that the fields appealed to her because there’s an “elegance and power” in them. “It’s entirely human-created...the design and system only exist in the way that it does because [humans] decided that’s the way it’s going to be.” Though she still has her struggles, Dora said that her mindset has changed considerably. “I was able to grow into believing ‘It’s OK if you fail, you can grow from it.”

During her time at the university, Dora has worked in the UT community as a member of the Natural Sciences Council to amplify the voices and concerns of underrepresented communities in the college. She founded the Diversity and Inclusion Committee and ensured that those topics are included in conversations regarding the future of the college. Dora emphasized that, in her efforts, she was “able to include the students who were directly being affected as opposed to advocating on behalf of them.” This work, however, is only a single part of her greater love for service and community advocacy.

Now that her graduation draws closer, Dora is considering how her experience in Texas Computer Science and her advocacy will affect the trajectory of her career. A possible field is tackling ethics in the technology sector. More than ever, tech shapes our lives in ways that aren’t always aligned with ethical behavior. These issues appeal to her desire to create a better, more just world. Dora wants to solve problems with a tangible societal impact that also allows her to use her technical skills.

“Tech is structuring how society will look tomorrow, and there’s a lot of work that needs to be done to ensure that it’s a society that we will want to live in.”