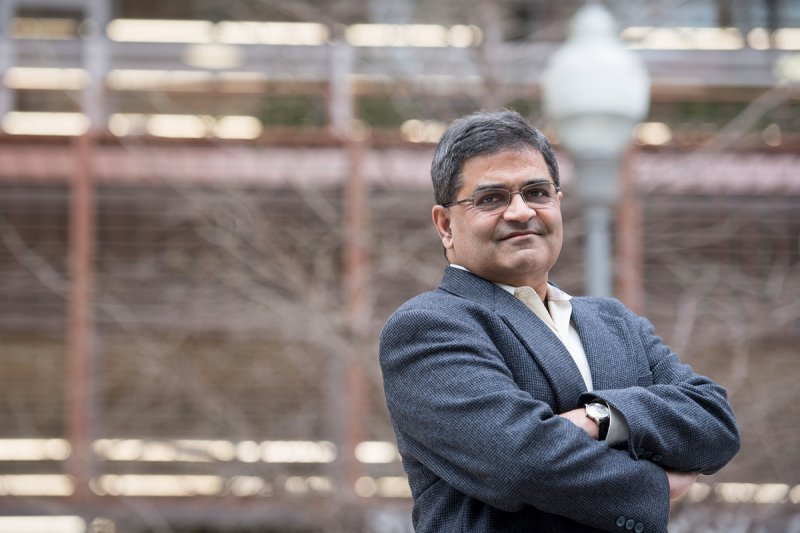 Texas Computer Science (TXCS) Professor Keshav Pingali has been elected as a foreign member of the Academia Europaea, an internationally-recognized organization dedicated to advancing scholarship across the world.

"I am very honored to be elected Foreign Member of this distinguished Academy. Although I am the person being elected, this honor ultimately recognizes the research on parallel and high-performance computing for computational and data science applications done in collaboration with a very talented group of PhD students and postdocs over the course of my career. We are all privileged to be members of the CS department and the Oden Institute at UT Austin that have created such a stimulating environment for conducting our research," said Dr. Keshav.

During his time at The University of Texas, Dr. Pingali has developed two courses: “CS 395T: Software for Multicore Architectures” and “CS 378: Programming for Performance.” His research interests include multicore and high-performance computing, parallel computing, and fault-tolerance. Dr. Pingali has earned numerous awards and honors over his prolific career, including being a named a fellow at both the American Association for the Advancement of Science and the Institute of Electrical and Electronics Engineers. He has also served as the Indian Chair of Computer Science at Cornell University.

Founded in 1988, the Academia Europaea is composed “of eminent, individual scientists and scholars, covering the full range of academic disciplines.” Academia Europaea members include winners of prestigious awards such as the Nobel Prize, the Gödel Prize, and the Turning Award. In the nomination process, “the primary criterion for membership is sustained academic excellence in the candidate’s field.” Invitations to join are granted only after a nomination process by two existing members and a stringent evaluation of the proposed member's scholastic achievement and impact.