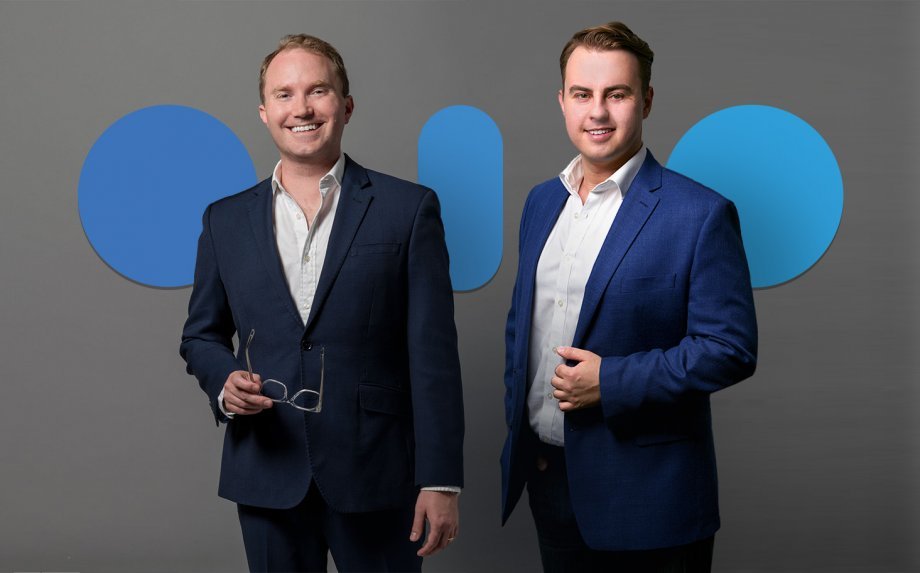 On August 1, 2012, the global financial services firm Knight Capital, which was at the time the largest trader in U.S. equities, lost $460 million due to a “technology breakdown.” One of their trading servers housed defective code, causing the group irreparable damage. Almost exactly a year later, a Goldman Sachs computer glitch resulted in a number of erroneous trades, resulting in a loss of over $100 million for the company.

“At the time, there were a lot of these technical glitches plaguing the financial markets,” explains Texas Computer Science (TXCS) alum Denis Ignatovich. “People commit a bad line of code or misconfigure something, and all of a sudden these whole firms just go under.” During that period, Ignatovich> was working in London, and was running Deutsche Bank’s central risk trading desk for Europe. “It’s a trading desk that runs a big quantitative trading platform,” he says. “That means a lot of calculations, a lot of source code that’s constantly being changed, things like that.” Being the head of the desk meant that Ignatovich was ultimately responsible if something went wrong. He spent a lot of his time manually checking various edge cases for the algorithms that were used, which involved complex logic.

At the same time, Ignatovich’s roommate from UT Austin, Grant Olney Passmore, was conducting research at the University of Cambridge on the formal verification of autopilot systems and their safety properties. “I was in London, he was in Cambridge - It wasn't planned like that, but the both of us just ended up together again,” says Ignatovich. Passmore and Ignatovich had met through a mutual friend when they were both undergraduate students at UT Austin. Ignatovich has fond memories of the time they spent together in Taylor Hall, the old UT Computer Science building. “If you went downstairs to the basement there were these student areas, the lab, and student organization offices. That's where people would get together to work on whatever,” he recalls. Passmore and Ignatovich managed to procure a basement office for themselves. They set it up with servers, a record player, etc., and they would play jazz music as they worked on various projects together - Passmore focusing on computer science and mathematical logic, while Ignatovich worked on applications in finance.

In 2007, Ignatovich graduated with a dual degree in computer science and finance, and moved to New York to work on Wall Street as a quantitative analyst for Deutsche Bank. Two years later, he was transferred to his role in London. Passmore graduated from UT with a degree in mathematics, then pursued a PhD degree in computer science and informatics from the University of Edinburgh, finally proceeding to conduct research at the University of Cambridge. For years after they graduated, the two of them would talk about resuming work on their projects. But once they were both in the UK and started to see the magnitude of the problem in financial markets, they decided to actually follow it through. “It goes back all the way to the projects that we’d work on together,” says Ignatovich.

Ignatovich and Passmore realized that there was a deep connection between what they were both working on. They figured that they could automate those formal verification techniques and put them into the hands of engineers within financial markets in such a way that wouldn’t require advanced training. “What we set out to do was to create a company that democratizes access to this technology,” says Ignatovich. The basic premise was that someone could write code, which their engine would translate to mathematical logic, allowing the user to answer deep questions about how the code would behave. For example, when applied to a trading system like what Goldman Sachs runs, the engineer could ask a question such as, “Are there any sequences of inputs that will lead this platform to generate a trade with a negative price?” and proceed from there.

In 2014, the duo co-founded the startup Imandra that focused on this problem. Imandra’s core technology built upon existing work in the field done by people like J Strother Moore and Robert S. Boyer, who had advised and taught both Ignatovich and Passmore at UT Austin. Still, the process of creating a company from the ground-up has, naturally, been extremely challenging. “It’s one thing to write code. It’s something else entirely to say ‘We have this vision, and we’re going to go after it for five years’,” says Ignatovich. “For that, you have to be persistent and self-confident. Those things come from experience.” Ignatovich cites his time as a CS student at UT, especially in the Turing Scholars program, as having a profound effect on him in this respect.

“You go through this process where you’re together with a bunch of people that are mostly smarter than you. And you go through these insanely difficult things, always getting through them,” he says. “Number one, that builds discipline, and number two, you’re just humbled by the people you get to work with. It makes you realize that stuff in the real world is difficult - you have a lot of competition and you’ve got to put in the effort. And I don’t think I’d be able to do what I do today if I hadn't gone through that… you’ve got to train for the marathons.”

Last year, Imandra relocated its headquarters to Austin, and Ignatovich is hopeful for the growth that the move will bring for the company in United States markets.