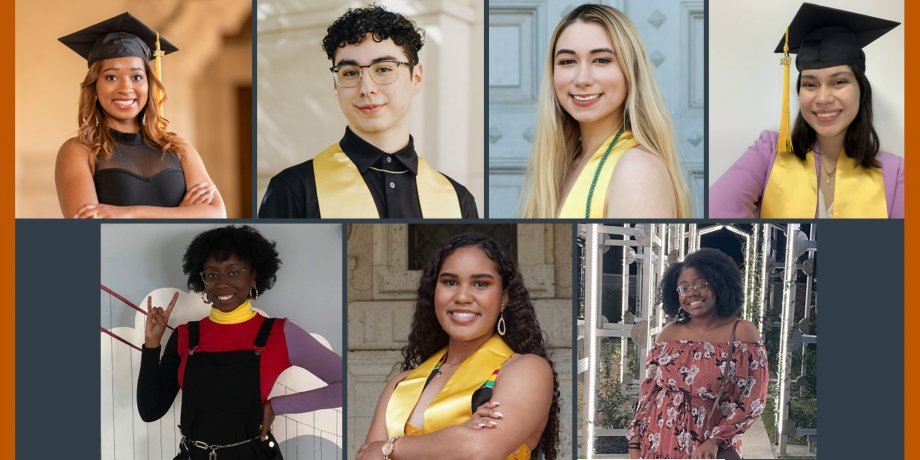 The Department of Computer Science is proud to announce that seven of our students were recently awarded the 2021 Aspire Award. The Aspire Award recognizes undergraduate students from underrepresented groups in the sciences and celebrates their achievements in research, service and leadership. It is awarded through a partnership between the CNS Office of Undergraduate Education and the student-led Black and Latinx Advocacy Council to highlight outstanding students. Out of the 25 students that were chosen for this year’s awards, we are so excited to see our department represented with seven CS students.

Our students are accomplished both within and outside of the department by spreading their commitment to service, advocacy, and community leadership wherever they go. Congratulations to this year’s winners! 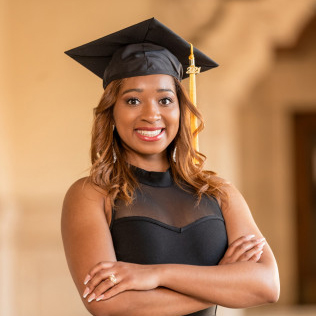 Audra Collins, Staff and Faculty Choice Award, Leadership and Service Award and Inspire Award, Senior, Computer Science: Audra, while TAing for one of the most demanding core courses in the Department of Computer Science and serving as president of the Association of Black Computer Scientists (ABCS), has done a great deal of work on behalf of Black and Latinx students. Audra engaged effectively with faculty and staff to address issues around diversity and inclusion. She has maintained a strong alliance with the Hispanic Association of Computer Scientists, bringing together a diverse range of student voices to the larger department. She has also worked to create the Texas Computer Science Scholarships for Diversity that raised over $40,000. Audra's engagement with faculty and staff on diversity and inclusion initiatives has led to greater insights and communication between students and more members of the department than in the past, more informed approaches by faculty and staff on diversity initiatives, and greater insight for some faculty into student experiences. The HornRaiser initiative will likely have a major future impact on Black and Latinx students, having exceeded its fundraising goals. 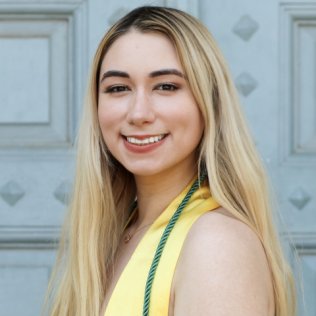 Diana De La Torre, Inspire Award and Community Engagement Award, Senior, Computational Biology: Diana has worked to increase diversity in STEM in the College of Natural Sciences, UT and the greater Austin area. We are proud to have Diana in our Elements of Computing program and in UT’s CS community. She is vice president of the Hispanic Association of Computer Scientists, where she creates workshops with other organizations and companies to help encourage students of underrepresented ethnicities to go into computer science. She also helps organize <Div> Day, a conference hosted at UT focused on promoting diversity and inclusion in STEM. As director, she reaches out to leaders in underrepresented communities to speak about relevant topics such as mental health in the workplace and how to overcome imposter syndrome. Outside of these projects, Diana works directly with those within the local community, such as GirlStart, to develop weekly STEM experiments and activities for elementary-age girls. She has also served as an instructor for Coding with Kids to teach programming to K-12 students. At UT, Diana works with students as a peer career coach to advise undergraduates on career and resume building, particularly those from underrepresented backgrounds trying to find work opportunities in the tech industry. 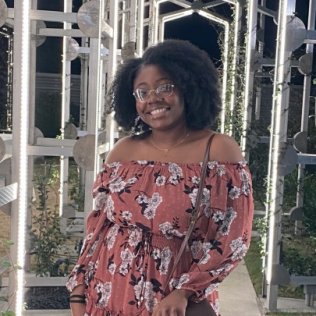 Chineye Emeghara, Community Engagement Award, Senior, Computer Science: Chineye, who won the Microsoft Women in Computing Grace Hopper Award in 2018, has served as the outreach officer for the Association of Black Computer Scientists (ABCS) since 2017. She has spearheaded efforts to educate 6-12 graders about computer science through tours and workshops (often in conjunction with industry or outreach partners), planning <Div> Day and Culture Day, which focuses on exposing students to different aspects of computer science, as well as reaching out to UT students. Standing out amongst those events is one which Chineye conceived, managed and executed: in fall 2019 she arranged for ABCS to host underrepresented high schoolers on campus, where they got to tour the computer science department and meet students. Chineye is also a member of the University Leadership Network and a leader and program facilitator for Burnt Orange Leadership Development. Through her work, she has introduced hundreds of young minds to computer science. 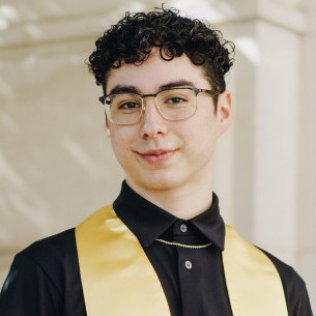 Edén Garza, Community Engagement Award, Senior, Computer Science: Eden is a volunteer with Coding in the Classroom, a departmental outreach organization where he has helped introduce computer science to students in fifth grade in a local Title I elementary school. In that time, Edén has also been a consistent volunteer and organizer for ExploreUT, Girl Day, and Hour of Code efforts. In addition, he has been tutoring students in the computer science department for two years. In all of these actions, Edén shows leadership, service and a willingness to work towards the success of others. As an undergraduate TA, he has advocated for students and held more study sessions than any TA before. Eden has served as an officer in the Hispanic Association of Computer Scientists and the Society of Hispanic Professional Engineers. 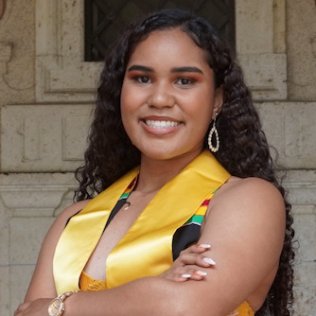 Marissa Jenkins, Community Engagement Award, Senior, Computer Science: Marissa is a charismatic leader with a strong academic background whose impressive accomplishments include helping to found and lead Black Wings, a Rewriting the Code (RTC)-associated affinity space for Black women. RTC is a global organization that supports college women hoping to pursue tech. Marissa was one of five women selected to create the space, and as a leader, she plans initiatives with company partners and co-leads to uplift, connect and develop Black college women in tech. As she has worked to bring visibility to the organization, she has increased membership by 60% over a five-month period. As a leader for this organization, Marissa also meets with company partners to discuss the needs of Black women as a community and how they can address those needs. Marissa also serves as a mentor in the Computer Science Department, where she brings a warm and welcoming presence to programs. She has served as the president of the Association of Black Computer Scientists (ABCS) for two years of her undergraduate career and volunteered regularly with UTCS's Hour of Code initiative, Explore UT, and Girl Day. While serving as a TA in computer science courses, Marissa has worked diligently to help ensure that all CS freshmen succeed during their first year at UT. 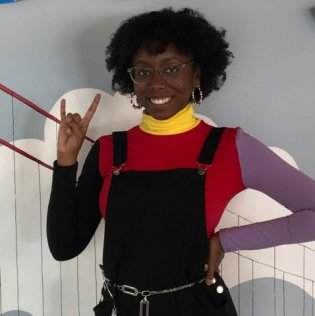 Mikayla Moore, Staff and Faculty Choice Award and Leadership and Service Award, Senior, Computer Science: Mikayla is an officer of the Association of Black Computer Scientists (ABCS), the leading organization representing Black students within the Department of Computer Science. She has taken the initiative to be the primary facilitator of communication between faculty and ABCS members, handling and discussing issues around diversity and inclusion that can be particularly difficult for students in marginalized groups to address in STEM departments that lack proportional representation of demographic groups in the general population. The work Mikayla puts into building trust and community between the department's faculty and some of its most historically marginalized students is likely to have strong impacts that will extend into the future, far beyond her time as a UT CNS student, her nominators observed. 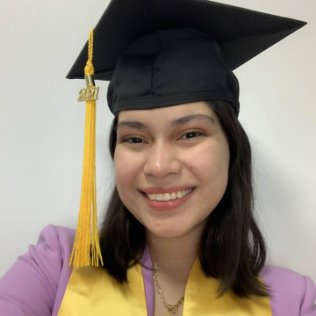 América Melany Quistiano, Staff and Faculty Choice Award and Inspire Award, Senior, Computer Science: América became the president of the Hispanic Association of Computer Scientists (HACS) right after the pandemic began. She is a consistent inspiration to others, putting her community first and fighting for students' needs and rights. She dedicates her time to helping out incoming students in the Computer Science Department and engaging with students as a resident assistant. Her reach has been far and wide, with the goal of making sure everyone felt like they belonged and had a friend. América has made a space for students to feel themselves and found ways to support them academically, professionally and socially. She has been working on a system to ease communication between students and the department, scholarships and funds for students, and a bootcamp for freshmen and sophomore students to find their bearing at UT and in technology. She is a mentor to younger students within HACS. América helped to create the fundraiser for Texas Computer Science diversity scholarships that raised over $40,000. América's most recent endeavor, Conquering UTCS & Tech Bootcamp, will be available to all freshmen and sophomores with sessions teaching students about tech tools, internships, career paths and more.