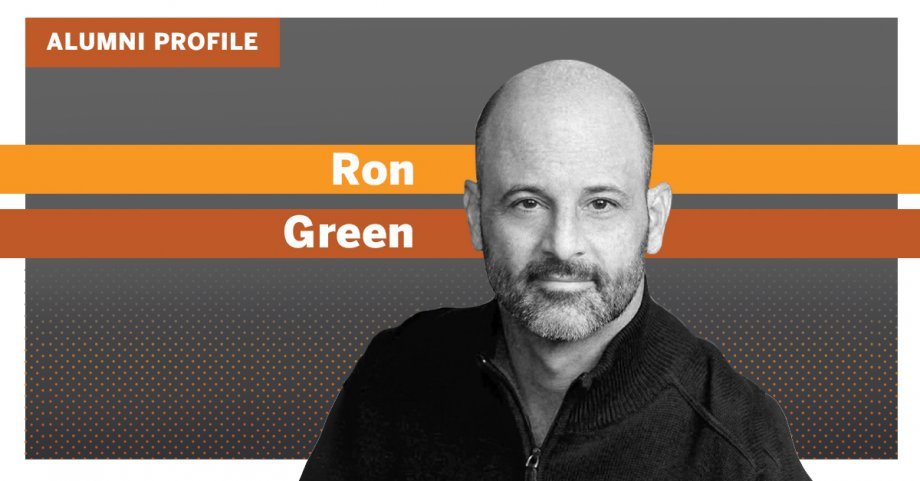 Alum Ron Green might not have always known what he wanted to major in, but he always knew he wanted to attend UT Austin. He grew up watching Longhorn football legend Earl Campbell play at a young age and recalls being a die-hard Longhorn ever since. When the time for undergraduate decisions came around, he declined scholarship offers from other colleges and chose to only apply to UT Austin because it was “the only university he wanted to go to.” He was originally undecided on a major but chose to pursue a computer science degree after his friend urged him to follow his passion for computers.

One of the most influential experiences that Ron had in his life was taking an introduction to artificial intelligence course during the last semester of his undergrad which was pivotal to his life’s path. He had six hours left to complete his degree so he took the AI class serendipitously as an elective. “It's not an exaggeration to say that course opened my eyes to the world of artificial intelligence and what possibilities existed there. I can't even imagine how different my life would be had I not taken that one course.”

Before taking the course, he was aware that AI existed but imagined it was something only done in secret research labs or needed billions of dollars of government backing. AI seemed out of reach and not realistic. “When I was at UT and I took that AI course, it was critical. It not only made me aware that it was something that I could do, but that the field was still very new and that there were huge opportunities to make a meaningful impact in that world. So much was still unknown at that point. I went from being curious in a fun elective to being obsessed when I finished the course.”

He obtained his CS bachelor’s from UT in 1992 and, after being inspired by the AI course, he went on to pursue a master’s degree in Evolutionary Adaptive Systems at The University of Sussex. “It was essentially artificial intelligence,” Green noted. In the 1990s, programs wanted to avoid using the term “artificial intelligence” to distance themselves from the perceived unmet promises of AI at the time. “There was a bit of a sense of AI not living up to the hype.” Of course, AI was just getting started and it would become what his life’s work centered around for the next 30 years. “It's really crazy. I consider myself deeply lucky for going into a field that was this interesting and ambitious and live to see it mature. You don't always get that chance.”

Ron describes himself as “a serial tech entrepreneur” because of his longtime work with startups. He’s founded several different AI startups and finds there’s almost nothing more fun than having all the options open to him in the days of a startup’s inception. Now, he’s spent the last three years at KUNGFU.AI as a co-founder and CTO. At KUNGFU.AI, he works to democratize artificial intelligence and machine learning. His goal is to help companies build custom AI solutions that deliver business value and go into production usage. He also puts effort into ensuring his clients know the benefits of AI and dispelling myths about the technology.

“The vast majority of companies in the world have not even begun to understand, let alone utilize these new capabilities in AI. The intimidation factor is very real. My hope is that over the next few years we can play at least a small role in helping to democratize AI because technology distribution can be pretty inequitable. And there are real dangers in AI like training data bias. We are deeply committed to making sure all the things that we do embrace our sense of AI for good. We want to build AI systems that make the world better. And if it's not going to make the world better, quite frankly, we’re not interested.”

When he’s not working at KUNGFU.AI, Ron is mentoring at Capital Factory in downtown Austin focusing on startups, entrepreneurship and artificial intelligence. Here, he helps rising entrepreneurs get started with free advice and consultations to advance their potential within the field of AI. He wakes up every day excited about the growth and improvement happening in artificial intelligence. “We are seeing improvements in computer vision and natural language processing almost on a daily basis. We’ve just begun to scratch the surface.” And it all traces back to a single AI course he took for fun. What started at UT definitely changed his world and allowed him to change others’ worlds.