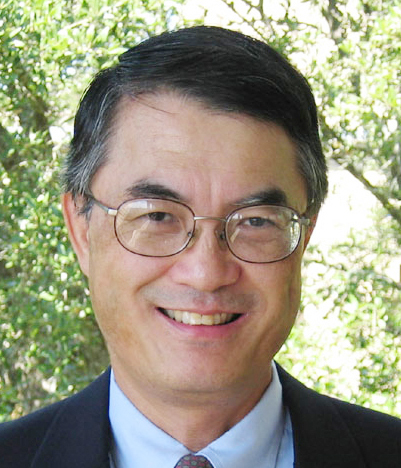 PORTLAND, Ore. - Simon S. Lam, professor and Regents Chair in Computer Sciences at The University of Texas at Austin, has received the Association of Computing Machinery Special Interest Group on Data Communications (SIGCOMM) Award for lifetime contribution to the field of communications networks.

"Ten years ago, when Internet applications were primarily email, ftp and Web, IP's simplicity was its greatest strength in fighting off competitors and winning the networking race for data communications," Lam said. "In the future, however, IP's simplicity is possibly a liability because the requirements of Internet's future applications will be more demanding, particularly the requirements of interactive multimedia applications."

Lam explained that the underlying model of IP is a network of queues that is prone to a phenomenon known as congestion collapse. He urged the Internet research community to take advantage of the current window of opportunity, while the Internet core has a lot more bandwidth than traffic, to do research that will strengthen IP's foundation for the future.

"Why should we be concerned with IP's foundation?" Lam asked. "I believe that IP is on track to become the universal interface for telecommunications. Like the previous technology transformation from analog to digital transport, we are in the midst of a technology transformation from digital to packet transport. There is no alternative to IP to serve as this universal packet interface. The migration of voice traffic from telephone networks to IP networks has already begun. The next step is the migration of television services.

"For IP to eventually become the universal interface for telecommunications, the IP layer itself will need to evolve to provide services that attend to the needs of its new constituents, namely, voice and video traffic," he said. "When packet switching was first proposed in the 1960s, it was justified with the observation that data traffic is bursty, with a very high peak-to-average ratio, unlike voice traffic. But if the network traffic mix changes, with the addition of large amounts of voice and video traffic, we should be open minded about adopting a multi-service approach for IP."

Lam concluded his speech by proposing the design of a flow-oriented service targeting high-quality telephony and television traffic and suggested that it should be added to IP.

In the early 1970s, as a graduate student in the ARPANET Measurement Center at the University of California, Los Angeles, Lam contributed to a project on packet switching techniques for satellite and radio networks. This project was the beginning of a line of research that eventually led to today's Wi-Fi networks. In 1993, Lam led a group of researchers from The University of Texas at Austin that invented secure sockets and prototyped the first secure sockets layer, named Secure Network Programming. The Secure Sockets Layer (SSL), designed several years later by Netscape Communications, is widely used today for securing Internet transactions.

The 2004 SIGCOMM Award consists of a $2,000 check and a Tiffany crystal pyramid with the inscription, "In recognition of his vision, breadth, and rigor in contributing to computer networking." Previous winners of the SIGCOMM Award include many prominent Internet pioneers, such as Vint Cerf, Robert Kahn, Len Kleinrock, Jon Postel and Larry Roberts.