The UTCS 2010 Visions of Computing Lecture 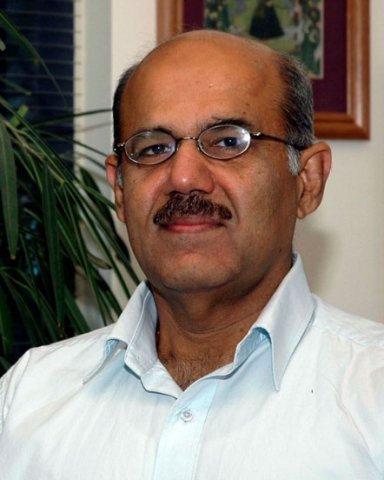 On Monday, November 8, 2010, the UT Department of Computer Science held the annual Visions of Computing Lecture, a lecture series honoring UTCS faculty accomplishments. Through this lecture series, faculty present insights into computer science research and education to the public and the computing community. This year's lecture took place from 4:00 - 5:30 p.m. in the Avaya Auditorium, ACES 2.302.

Watch the 2010 Visions of Computing Lecture! 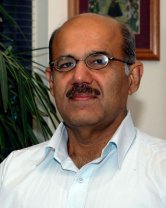 Computational screening is the name given to the computer docking of three-dimensional models of drug-like compounds into models of potential drug targets, usually proteins. Clearly, this computational method is far faster and cheaper than actually testing tens of thousands of potential drugs, which has been a standard in the pharmaceutical industry for generations. The rate limiting computational step however, and in the inner loop of the search, is the accurate computation of molecular configuration dependent relative binding affinities. My research grand challenge of this decade has been to design advanced molecular modeling/recognition techniques, so as to develop the fastest and most accurate modern computational screening engine to look for inhibitors of virulent target proteins. In this talk I shall briefly describe the design of (1+epsilon) approximation algorithms based on the fast multipole and non-uniform fast Fourier transform, coupled to O(1) time spherical neighborhood query data-structures, that achieve linear time solutions for all the compute intensive terms of molecular binding affinities. These algorithms are being encapsulated in a freely available internet search/scoring engine called F2+ Gsol_Dock (Fast Fourier Docking with Solvation Energetics).

Chandrajit Bajaj is the director of the Center for Computational Visualization, in the Institute for Computational and Engineering Sciences (ICES) and a Professor of Computer Sciences at the University of Texas at Austin. Bajaj holds the Computational Applied Mathematics Chair in Visualization. He is also an affiliate faculty member of Mathematics, Electrical Engineering, Bio-Medical Engineering, Neurobiology, and the Institute of Cell and Molecular Biology. He additionally participates actively in the activities of the Center for Learning and Memory, and the Center for Perceptual Systems. He graduated from the Indian Institute of Technology, Delhi in 1980, with a Bachelor's Degree in Electrical Engineering, and received his M.S. and Ph.D. degrees in Computer Sciences from Cornell University, in 1983, and 1984 respectively. He is on the editorial boards for the International Journal of Computational Geometry and Applications, the ACM Computing Surveys, the SIAM Journal on Imaging Sciences and the Journal of Visualization. He is on numerous national and international conference committees, has served as a scientific consultant to national labs, and national science foundations of Spain, Austria, Korea, and China. He is a fellow of the American Association for the Advancement of Science (AAAS) and a fellow of the Association of Computing Machinery (ACM). 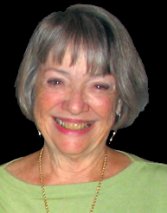 Retired Professor Nell Dale - The University of Texas at Austin Department of Computer ScienceMy undergraduate career in computing began with a senior electrical engineering course in 1960, for which there were no prerequisites. During the next fifty years, computer science education has gone through many transformation and numerous curriculum documents. Are we any closer to a consensus as to what to teach and how to teach it than those pioneers were in 1960? This question will be examined in light of my 50 year involvement in CS education.

Dr. Nell B. Dale was one of the first women to get a Ph.D. in Computer Science in the early 1970s. She graduated from the University of Texas Department of Computer Sciences and remained on the faculty until her retirement from full-time teaching in 2000. She was originator and director of the Women in Science Program in the early '80s and has been a mentor to students and colleagues throughout her career. Her research interests have focused on computer science education as an academic discipline, having co-chaired five dissertations in the area. During her career she has authored or co-authored 18 textbooks, many in multiple editions.

Dr. Dale has received the prestigious SIGCSE Award for Outstanding Contributions to Computer Science Education and was the first woman to receive the Association for Computing Machinery (ACM)'s prestigious Karl V. Karlstrom Outstanding Educator Award. She has won two Hamilton Awards for the best textbook published at UT in a given year. She has received the ABACUS Award from Upsilon Pi Epsilon, Honor Society for the Computing Sciences and was elected a Fellow of the ACM. She received a Doctor of Science, honoris causa, from Sewanee, The University of the South. 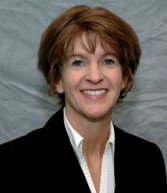 Professor Kathryn McKinley - The University of Texas at Austin Department of Computer ScienceMemory and computation define computer performance. Programmers explicitly make many space-time tradeoffs, and automated memory managers (i.e., garbage collectors) make this tradeoff for programmers in the high-level languages that now dominate the application landscape. By 1970 researchers had proposed the three canonical algorithms in use today: semi-space copying, mark-compact, and mark-sweep. Unfortunately, each one sacrifices either: space efficiency, fast reclamation, or mutator performance. We describe mark-region, a new canonical algorithm with configurations that meet all three performance objectives at once. Its memory efficiency and performance properties make it well suited to meet the now urgent demands of and for parallel software. Without many such mechanisms, the performance improvement train is on target to derail, taking with it the computing innovation ecosystem.

Professor McKinley holds an Endowed Professorship in the Department of Computer Science at The University of Texas at Austin. She received her Ph.D. from Rice University working with Ken Kennedy. Her research interests include compilers, memory management, runtime systems, programming languages, security, reliability, and architecture. She and her collaborators have produced tools based on their research that are in wide research and industrial use: the DaCapo Java Benchmarks, TRIPS Compiler, Hoard memory manager, MMTk garbage collector toolkit, and the Immix mark-region garbage collector. McKinley has graduated fourteen PhD students. Her service includes program chair for ASPLOS '04, PACT '05, and PLDI '07; co-Editor-in-Chief of ACM Transactions on Programming Language Systems (TOPLAS) (2007-2010); and CRA-W board member (2009-present). McKinley has received an NSF CAREER award, IBM Faculty awards, outreach awards, and best paper awards. She is an ACM Fellow. 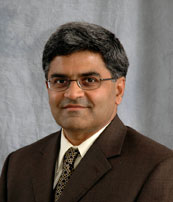 Professor Keshav Pingali - The University of Texas at Austin Department of Computer ScienceIn spite of more than thirty years of research, parallel programming is extremely complicated and remains a job for expert programmers. Therefore, most software packages are sequential and do not take advantage of the multicore processors that are now ubiquitous. In this talk, I will argue that the solution to the problem of parallel programming lies in fundamentally changing the abstractions that we currently use to think about parallelism. I will also describe a system called Galois for multicore programming that is based on these insights.

Pingali's research has focused on programming languages and compiler technology for program understanding, restructuring, and optimization. Pingali is a Fellow of the IEEE and a Fellow of the American Association for the Advancement of Science. He serves on the NSF CISE Advisory Committee.