Ben and Victor were among a very impressive group. A number of nominees were commended for making significant contributions to more than one research project, several were authors or coauthors on multiple papers, others had made presentations at major conferences, and some had produced software artifacts that were in widespread use. Many of the nominees had been involved in successful summer research or internship programs, many had been teaching assistants, tutors, or mentors, and a number had significant involvement in community volunteer efforts. It is quite an honor to be selected for Honorable Mention from this group. 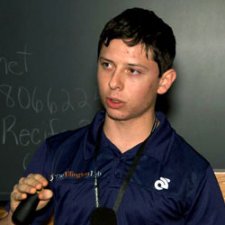 Ben Braun is a junior majoring in Computer Science (CS) and Mathematics.  He is a member of the Computer Science Department's Turing Scholars Honors Program, as well as the College of Natural Sciences' Dean's Scholars Honors Program, and he has combined his interests in CS and Chemistry by applying non-linear mathematical optimization techniques to the area of nanotechnology.

In addition to this work, Ben also led a team of UT undergraduates to a Gold Award in BIOMD, an international biomolecular design competition. 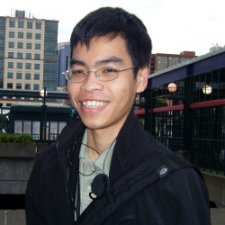 Victor Vu is a senior and part of a select group of students in UTCS’s Integrated 5-Year Bachelor/Masters program. He has been a strong contributor to two research projects during his time at the University of Texas at Austin. First, he was a key participant on the UT Austin Villa robot soccer team that finished in first place in the 2011 International RoboCup 3D simulation league competition. Also, he has made significant contributions to Assistant Professor Mike Walfish’s Pepper project. Victor has spent two summers interning at Amazon.com doing a myriad of work, which included developing a new prototype recommendation system.

Further, Victor has maintained a 4.0 GPA while serving as a teaching assistant and working heavily on research. Professor and Chair Bruce Porter says, “He is an exceptional student, even among those in our Turing Scholars Honors Program.”

The department is extremely proud of Ben and Victor for their hard work and accomplishments.