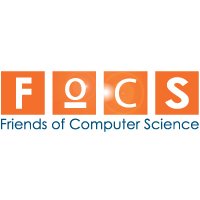 The Friends of Computer Science (FoCS) program at UTCS is fortunate to count many companies with world-class research programs as partners. FoCS partners Google, IBM, Microsoft, Sandia National Laboratories and Yahoo! are all on the forefront of technological innovation.

IBM Research is the largest industrial research organization in the world.  IBM inventors earned a record 6,180 patents in 2011, putting them at the top of the US Patent List for the nineteenth consecutive year. IBM has a myriad of research projects in the works, including ventures aimed at helping premature infants by detecting complications before they happen, reducing CO2 while increasing business efficiency, and creating drinking water by filtering oceans.

Microsoft Research, founded in 1991, was one of the first software companies to create its own computer science research organization.  Microsoft has nine labs spread out across the globe, with locations in the United States, Europe, Africa, and Asia. More than 850 Ph.D. researchers focus on solving some of the world’s toughest problems through technological innovation.

Yahoo! Research focuses on search and web mining, machine learning, microeconomics and social systems, computational advertising, and web information management. Yahoo! manages many of the largest and richest data repositories in the world, and talented Yahoo! researchers mine insights from these enormous collections. Yahoo! Research has labs in the United States, Spain, Israel, Chile, and India.

The FoCS program facilitates research and recruiting collaborations with some of the country’s brightest students and faculty. To learn more about how to join UTCS’s FoCS program, contact the Office of External Affairs.