The future of any computer science program is entirely dependent on the ongoing strength of its faculty. At UT Computer Science, we are proud to say that our future is bright indeed as we welcome four new faculty into our robotics and systems groups. These talented individuals join four other recent faculty additions, ensuring that UT Computer Science will continue to be a leader in the field for years to come. 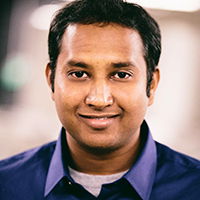 Vijay Chidambaram completed his gradute studies at  University of Wisconsin Madison, where he was also an Alumni Scholar. Vijay is interested in operating systems, file systems, and storage systems. He worked with Professor Andrea Arpaci-Dusseau and Profesor Remzi Arpaci-Dusseau in the The ADvanced Systems Laboratory (ADSL). Vijay was awarded the Microsoft Research Ph.D. Fellowship in 2014. Since then, he has been a postdoctoral research fellow at the VMWare Research Group. He will join UT Computer Science as an assistant professor in spring 2016.

Vijay’s research goal is to build systems that enable users to run any unmodified desktop application on the cloud, obtaining both scale-out performance and guarantees about application behavior in the face of crashes. His research has taken several steps towards this goal. He has developed new file-system techniques that increase scalability and performance while maintaining file-system consistency. Vijay has extended and implemented these techniques in distributed storage systems. To support these techniques, he developed new storage interfaces and file-system primitives. Finally, Vijay developed tools to analyze applications to understand their failure semantics. 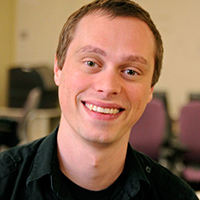 Scott Niekum is an Assistant Professor and the director of the Personal Autonomous Robotics Lab (PeARL) in UT Computer Science.  He is also a core faculty member in the interdepartmental robotics group here at UT.

The goal of Scott’s research is to enable personal robots to be deployed in the home and workplace with minimal intervention by robotics experts.  Toward this goal, he develops machine learning algorithms that allow robots to quickly and robustly characterize new tasks and environments so that well-understood planning and control techniques can be applied automatically.  This work is inherently cross-disciplinary, leading to Scott’s interests in topics spanning manipulation, perception, human-robot interaction, and learning.

Applications of Scott’s research have included collaborations with Silicon Valley robotics companies Willow Garage and Bosch, in which he developed algorithms that allowed a robot to learn to assemble IKEA furniture from human demonstrations.  Earlier in his career, his research took him to Chile’s Mars-like Atacama Desert, as part of joint work with NASA, to build a more highly autonomous, science-aware Mars rover.

Prior to joining UT Austin, Scott was a postdoctoral research fellow at the Carnegie Mellon Robotics Institute, working with Chris Atkeson. He received his Ph.D. in September 2013 from the Department of Computer Science at the University of Massachusetts Amherst, working under the supervision
of Andrew Barto. 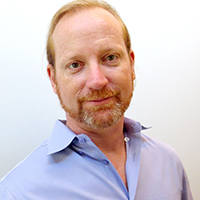 Chris’s research focuses on operating system and architectural support for leveraging concurrency. He is interested in concurrency in the very broadest sense, but has a particular affinity for exploring mechanisms that enable systems to take advantage of concurrency to improve performance and mechanisms that simplify the development of parallel programs.

Chris’s goal as a teacher is to help students become knowledgeable independent thinkers and researchers. He aims to encourage and challenge his students, foster critical thinking, and pass on the inspiration he received from his own teachers. Most importantly, Chris tries to create an environment in which students can realize that learning concepts and acquire skills that can be a natural side-effect of asking questions that
interest them.

When Chris isn’t teaching or researching, he works as a professional musician and an Iyengar and Ashtanga yoga Instructor. 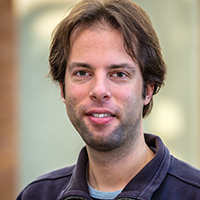 Simon’s research interests cross the fields of operating systems and networks, where he works on all aspects of data center efficiency and reliability, from application and OS design to wiring issues. Simon’s work has been published at major Operating Systems and Networks venues and won many awards, such as the Jay Lepreau Best Paper Award in 2014. His OS-related work typically involves the Barrelfish multicore OS, of which he is one of the creators.

Apart from crawling around in server rooms, Simon enjoys making and listening to music and is an avid swing dancer. He chose UT Austin for its strong commitment to Systems research, the musicality of the city and its lively dance scene.