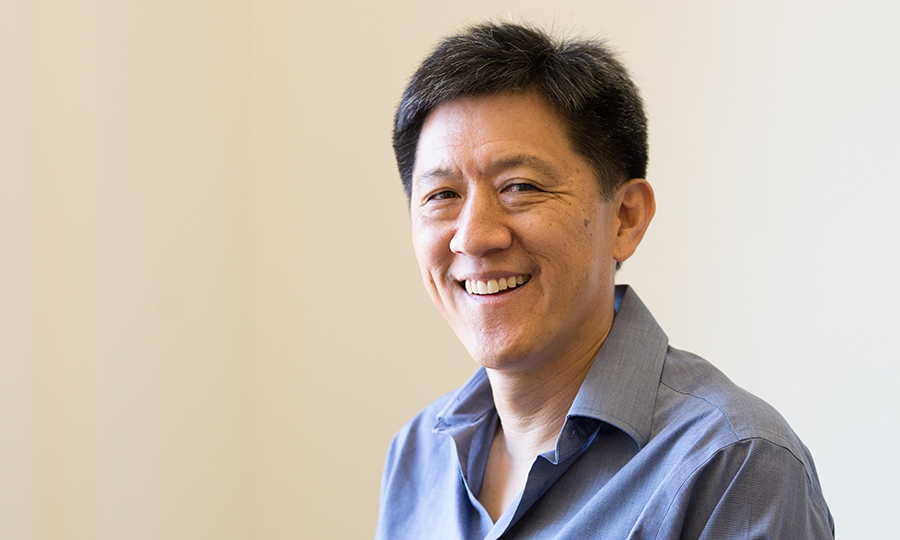 On his keys to success:

The biggest challenge is trying to keep students engaged. Over the years I've developed a lot of little things that I do. Number one, I think it's important to have fun. I think if you're having fun then there's more chance the students will have fun and there's more chance that they'll actually want to learn things, want to be there and be engaged.

It's really important to take the bigger picture. When I think back to when I first started, we would focus on the content we had to cover, but the larger goals are things we want students to come away with, independent of the content. It's not about me lecturing and having them just slurp it in and have it seep through their eyes, it's how I can get them to think and to ask questions and be willing to be uncomfortable and to take risks.

Also, I really want the students to understand the value of struggling and persevering. If they can learn to persevere, and they can see benefit from that, then they can apply that anywhere in life. My goal is to challenge them and hope that they challenge themselves because that's how they prove themselves and expand the boundaries of what they can do. That means they have to be willing to take risks, know that it's okay to fail and to learn that often, the way you make progress towards a solution is by failing in little ways.

Be constantly asking questions because that's how you find problems. That's how you think of answers and solutions.

On students as sources of inspiration:

One student I had many years ago was really struggling in one of my upper-division classes and around the middle of the semester he started coming into my office hours. He didn't whine about his grade—he was basically failing the class—he was just there to learn. Twice a week, he would come in and we would go through material, and he would ask all of these detailed questions. He worked so hard, and this is that perseverance I'm talking about.

At the end of the year I graded half his final and the TA graded half and I was trying to be very careful that I was being fair and not give him a better grade because I liked him and he had worked so hard…He aced this exam. He got a solid C in the class, which maybe some people wouldn't be excited about, but considering how he was certainly going to fail, it was amazing.

…When I first came [to UT], I focused on teaching a course or giving a lecture, but now I realize we have impact, sometimes unintentionally, in many other ways. One year, I spoke at a summer seminar where students would come and meet various faculty, just to get to know us as people. I don't remember it being a very memorable event. I was afraid that the students were going to be bored.

Then, a couple of years later we had this great student about to graduate. I knew her because she had taken honors courses, and she had transferred in from math. I asked her, "What made you become a computer science major?"

She said, "It was that talk you came and gave at [the summer] seminar. You really made it sound exciting." I don't remember even saying anything about computer science. It's just one example that you can have an impact, even when you don't know it