Experts Forecast the Changes Artificial Intelligence Could Bring by 2030

A panel of academic and industrial thinkers has looked ahead to 2030 to forecast how advances in artificial intelligence (AI) might affect life in a typical North American city — in areas diverse as transportation, healthcare and education — and spur discussion of how to ensure the safe, fair and beneficial development of these rapidly emerging technologies. 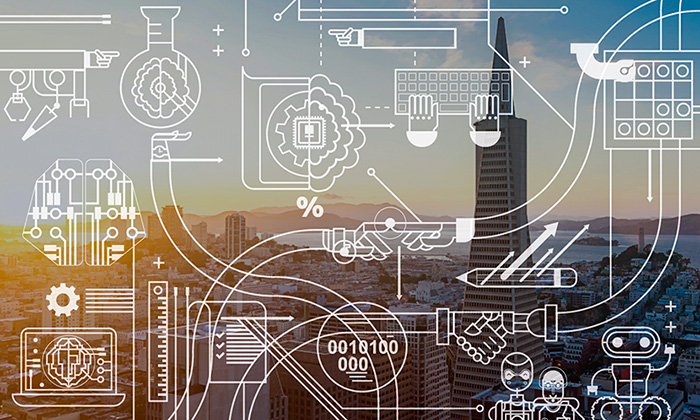 Titled "Artificial Intelligence and Life in 2030," this year-long investigation is the first product of the One Hundred Year Study on Artificial Intelligence (AI100), an ongoing project hosted by Stanford University to inform societal deliberation and provide guidance on the ethical development of smart software, sensors and machines.

"We believe specialized AI applications will become both increasingly common and more useful by 2030, improving our economy and quality of life," said Peter Stone, a computer scientist at The University of Texas at Austin and chair of the 17-member panel of international experts. "But this technology will also create profound challenges, affecting jobs and incomes and other issues that we should begin addressing now to ensure that the benefits of AI are broadly shared."

The new report traces its roots to a 2009 study that brought AI scientists together in a process of introspection that became ongoing in 2014, when Eric and Mary Horvitz created the AI100 endowment through Stanford's School of Engineering. AI100 formed a standing committee of scientists and charged it with commissioning reports on different aspects of AI over the ensuing century.

"This process will be a marathon, not a sprint, but today we've made a good start," said Russ Altman, a professor of bioengineering and the Stanford faculty director of AI100. "Stanford is excited to host this process of introspection. This work makes practical contribution to the public debate on the roles and implications of artificial intelligence."

The AI100 standing committee first met in 2015, led by chairwoman and Harvard University computer scientist Barbara Grosz, and sought to convene a panel of scientists with diverse professional and personal backgrounds, and enlist their expertise to assess the technological, economic and policy implications of potential AI applications in a societally relevant setting.

"AI technologies can be reliable and broadly beneficial," Grosz said. "Being transparent about their design and deployment challenges will build trust and avert unjustified fear and suspicion."

The report studies eight domains of human activity in which AI technologies are already starting to affect urban life in ways that will become increasingly pervasive and profound by 2030.

The 28,000-word report includes a glossary to help nontechnical readers understand how AI applications such as computer vision might help screen tissue samples for cancers, or how natural language processing will allow computerized systems to grasp not just the literal definitions, but the connotations and intent behind words.

The report is broken into eight sections focusing on applications of AI. Five involve broad topics such as transportation where there is already buzz about self-driving cars. Three other sections treat technological impacts, such as the section on employment and workplace trends, which touches on the likelihood of rapid changes in jobs and incomes.

"It is not too soon for social debate on how the fruits of an AI-dominated economy should be shared," the researchers write in the report, noting also the need for public discourse.

"Currently in the United States, at least sixteen separate agencies govern sectors of the economy related to AI technologies," the report says, highlighting issues raised by AI applications: "Who is responsible when a self-driven car crashes or an intelligent medical device fails? How can AI applications be prevented from racial discrimination or financial cheating?"

Transportation: Autonomous cars, trucks and, possibly, aerial delivery vehicles may alter how we commute, work and shop and create new patterns of life and leisure in cities.

Home/Service Robots: Like the robotic vacuum cleaners already in some homes, specialized robots will clean and provide security in live/work spaces that will be equipped with sensors and remote controls.

Health Care: Devices to monitor personal health and robot-assisted surgery are hints of things to come if AI is developed in ways that gain the trust of doctors, nurses, patients and regulators.

Education: Interactive tutoring systems already help students learn languages, math and other skills, and more is possible if technologies such as neuro-linguistic programming develop to augment instruction by humans.

Entertainment: The conjunction of content creation tools, social networks and AI will lead to new ways to gather, organize and deliver media in engaging, personalized and interactive ways.

Low-resource Communities: Investments in uplifting technologies such as predictive models to prevent lead poisoning or improve food distributions could spread AI benefits to the underserved.

Public Safety and Security: Cameras, drones and software to analyze crime patterns should use AI in ways that reduce human bias and enhance safety without loss of liberty or dignity.

Employment and Workplace: Work should start now on how to help people adapt as the economy undergoes rapid changes as many existing jobs are lost and new ones are created.

"Until now most of what is known about AI comes from science fiction books and movies," Stone said. "This study provides a realistic foundation to discuss how AI technologies are likely to affect society."

Grosz said she hopes the AI100 report "initiates a century-long conversation about ways AI-enhanced technologies might be shaped to improve life and societies."