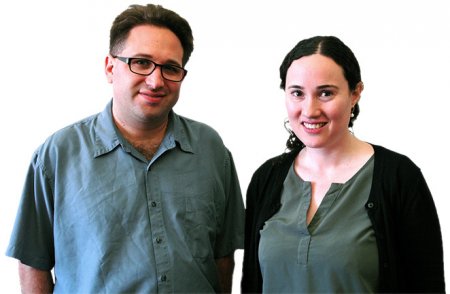 Aaronson and Moshkovitz join UTCS’s already exceptionally strong theory research group, including Anna Gal, Adam Klivans, Greg Plaxton, Eric Price, Vijaya Ramachandran, Brent Waters, and David Zuckerman. Their addition to this group extends an exceptional lineage that began with one of the field’s founding fathers, Edsger Dijkstra, who, among a laundry list of other accomplishments, laid the groundwork for what is now considered theoretical computer science.

Dr. Aaronson is one of the leading researchers in the fields of quantum computing and complexity class theory. His popular blog, Shtetl-Optimized, explores a wide variety of subjects in his areas of research (and beyond), including a series of lectures he delivered at MIT entitled “Quantum Computing since Democritus.” Dr. Aaronson notes that Texas has produced some of the most important research—and researchers—in the field of quantum computing. In addition to his professorship, he has also accepted the position of founding director of a new center at UT for quantum computing (proposed motto: “Hook Em Hadamards”).

Dr. Moshkovitz will be joining UT Computer Science as an associate professor. She is a noted professor at MIT, winning a teaching award for her course on the design and analysis of algorithms, and, like Dr. Aaronson, completed a postdoc at the prestigious Institute for Advanced Studies at Princeton. (The IAS was also home to Albert Einstein, Kurt Godel, and John von Neumann.) Two of her former students went on to win undergraduate research awards at MIT, and she is well-known in the algorithms community for a widely-read paper on the PCP (Probabilistically-Checkable Proofs) algorithm, which gives an important result about randomized algorithms to verify proofs of certain classes of problems.

Both Dr. Aaronson and Dr. Moshkovitz will officially join UT Computer Science in the fall of 2016.