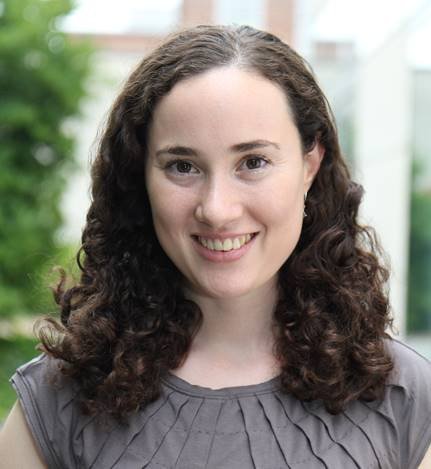 Dana Moshkovitz earned her bachelor's degree in computer science from the University of Israel while most people her age were filling out their college applications—at the age of 17. She continued her education at Tel Aviv University, Weizmann Institute of Science, and Princeton, collecting computer science degrees at each and a postdoc at the latter. She has previously worked at MIT where she won a teaching award for her course on the design and analysis of algorithms. She has also published a rather popular paper on the Probabilistically-Checkable Proofs algorithm, which concludes an important result about randomized algorithms to verify proofs of certain problems.

Here at UT, Dr. Moshkovitz is an associate professor in theoretical computer science, focusing on the more abstract or mathematical aspects of computing and the theory of computation.

Moshkovitz fell in love with this field at only 15 when she took a class on complexity and was hooked, fascinated at how tweaking a simple algorithm could create a problem that has yet to be solved for decades. "It's mind-blowing that in mathematical theory, there is this well-lit side and a dark side" that coexist when it comes to complexity theory.

Set theory and induction also amazed her in college, and she really "connected to the notion of proofs" and how they could show "the absolute truth of something."

The field of theoretical computer science, however, is not an easy one. A major challenge theoretical computer scientists face every day is how they can think about a problem for years and years, can try all different ways to tackle a big problem, and still not get anywhere near a solution. But Moshkovitz says they're not all setbacks; sometimes the paths that don't work for one problem "can be adapted to a different problem," which is a huge payoff in her line of work.

When asked what a day in the life looks like for her, she laughs, saying, “What I was doing when you came in here.” (She was on a couch, surrounded by books and staring intently at another in her hand.)

Currently, Moshkovitz is working hard on a problem that has been unsolvable since its inception in 2002, the Unique Games Conjecture. The conjecture postulates that the problem of determining the approximate value of a certain type of game, known as a unique game, has NP-hard algorithmic complexity. It has broad applications in the theory of hardness of approximation.

Even though she is in the "far end of the spectrum of theoretic computer science," Moshkovitz still thinks her work can be applied to and benefit society. She cites encryption, which makes all online commerce possible, as one such example on how theoretical work can in fact contribute to society.

Moshkovitz is happy to be researching and teaching at UT, which has a "magnificent track record in producing some of the stars of theoretical computer science" and she wishes to do her part in contributing to that legacy.