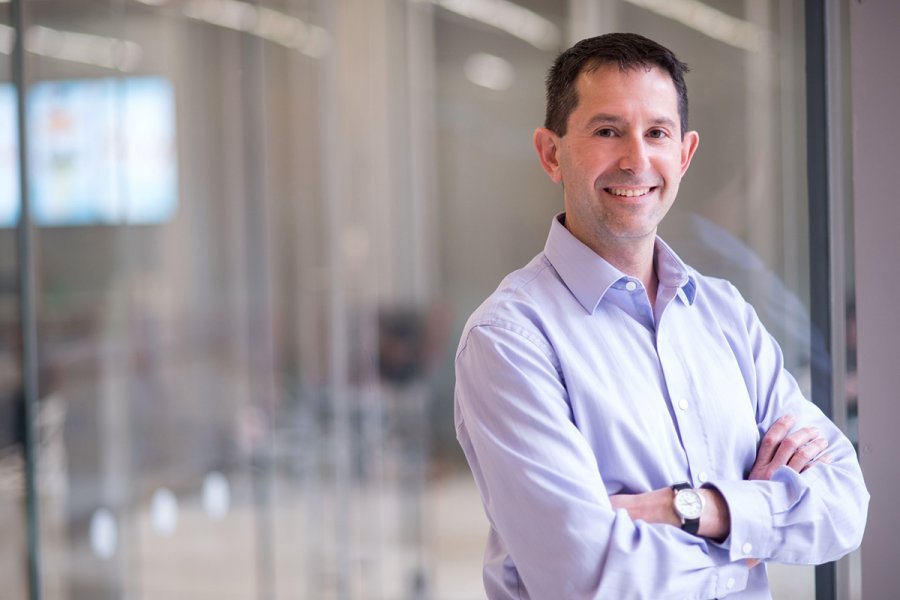 Peter Stone has been tapped by Sony Corp. to head up the U.S. branch of its new global artificial intelligence research division, called Sony AI. Photo credit: University of Texas at Austin.

In a sign of the highly competitive environment for top talent in the field of artificial intelligence (AI), the Sony Corporation this week tapped Peter Stone, a faculty member in the College of Natural Sciences at The University of Texas at Austin, to lead the newly established  Sony AI in the United States.

Stone, the David Bruton, Jr. Centennial Professor of Computer Science at UT Austin, will continue to teach and direct Texas Robotics and the Learning Agents Research Group in the Artificial Intelligence Lab at UT Austin, in addition to his new role at Sony AI's U.S. division. He is associate chair of the Department of Computer Science and oversees an inter-college consortium of robotics groups across campus whose external partners include the Austin-based Army Futures Command (AFC).

The move is part of a growing trend. As the demand for technologies using artificial intelligence booms, giants of industry and the public sector, from Google and Facebook to AFC, are increasingly turning to university researchers for their unique expertise.

"The mark of a top-tier university in artificial intelligence is whether you have this kind of connection to industry," said Don Fussell, chair of the Department of Computer Science at UT Austin. "In this field, it is only the leading R1 universities whose faculty are asked to run industry research labs."

"The University of Texas remains my home base, and I am excited both to assume this new role and continue the research and teaching I do at UT," Stone said. "Although the new lab does not have a campus affiliation, there is no doubt that the opportunities the university affords have a lot to do with why Sony's AI research hub for the United States is now led by someone right here in Austin."

Stone is not alone in bridging academia and industry. Inderjit Dhillon, a professor of computer science and director of the Center for Big Data Analytics at UT Austin, also works in the Amazon Research Lab in Berkeley, California, where he is developing and deploying state-of-the-art machine-learning methods for Amazon Search. Meanwhile, UT faculty often continue to work with members of the university community while assuming roles in industry; for example, Kristen Grauman, a professor of computer science at UT Austin who specializes in computer vision and machine learning and who is on leave to work at Facebook AI Research, recently co-presented at a major conference with her graduate student on a project they collaborated in developing.

Universities and industry both see dual appointments as a way to mitigate a possible danger to the core missions of both. If industry recruits top researchers from academic posts, it makes it harder for the next generation of researchers to receive an education and learn the craft from the field's leaders. This is essentially "eating their seed corn," as Fussell explained to the New York Times last January.

For four years, Stone served as president and co-founder of an AI startup, and his prior work in industry included a stint as senior technical staff member in the AI principles research department at AT&T Labs – Research soon after he completed his Ph.D. at Carnegie Mellon University. Stone's research interests include planning, machine learning, multiagent systems, robotics and machine learning (especially reinforcement learning). He is the president of the international RoboCup Federation and the recipient of numerous research and teaching awards, including being named an Alfred P. Sloan Research Fellow, Guggenheim Fellow, AAAI Fellow, IEEE Fellow, AAAS Fellow and University Distinguished Teaching Professor.