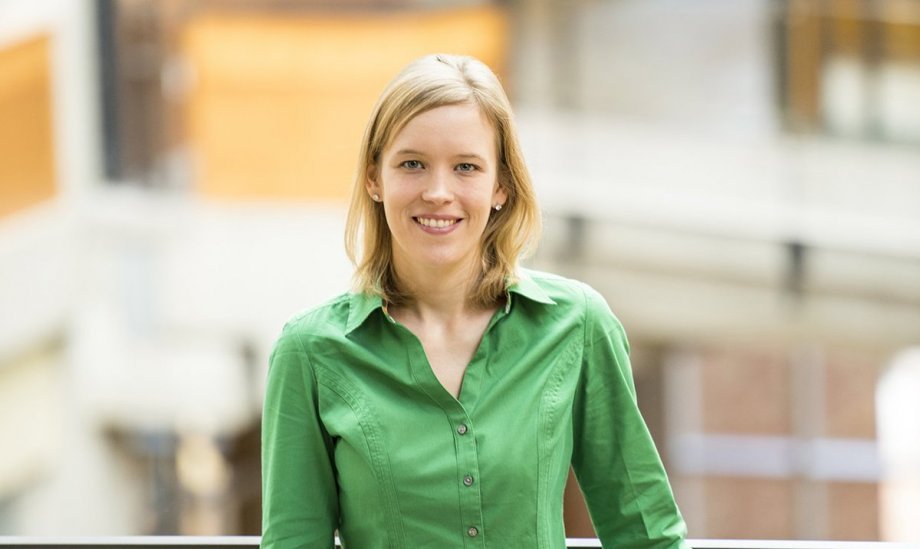 Franziska Roesner has spent over 16 years studying and working in the computer science field. Yet she only started studying computer science by pure happenstance. Roesner initially applied only to The University of Texas’ Plan II Honors Program. After realizing that the application required that she choose a backup major, Roesner selected computer science “without really knowing what it was.” Upon learning that she was accepted into both majors, she went to the advising office intending to drop computer science. However, her advisor recommended that Roesner take some courses in the major before making a decision. “I’m really grateful that they did that,” Roesner commented.

Roesner cites the course she took with TXCS professor Mike Scott as foundational for her burgeoning love for programming. As she went along in her computer science classes, she noted that “I just enjoyed doing it—the problem solving of programming, making a computer do something and having it work. It clicked with me, that way of thinking.” Roesner has observed that “so many people, especially from underrepresented groups in CS” have a similar story: they didn’t have much exposure to computer science growing up, but once they discovered the discipline, they fell in love with it. This initial foray encouraged her to continue studying computer science, which is a choice that has impacted the course of her career.

Though now a seasoned researcher in the field of computer security and privacy, Roesner’s first research experience started in her second year at UT Austin, when she became a Turing Scholar. In conjunction with her normal coursework, she delved into researching computer architecture. While she felt that this work was “a great opportunity,” it was during this time that Roesner took a security course and she began to learn where her intellectual passions lie. Roesner said that she loved learning how to adopt a “security mindset” that included “challenging assumptions and thinking about how we might misuse things rather than just building things.” Security, to Roesner, is “more of a worldview rather than a specific slice of CS.” The field is broad and impacts almost everybody in the world, and these attributes inspired her to research security when she entered graduate school at the University of Washington. Now, over ten years later, she continues to study various aspects of security and privacy, and her contributions have earned her numerous awards such as the MIT Technology Review’s Innovators Under 35.

Roesner earned her PhD from the University of Washington, and soon after accepted a position at the school as an assistant professor. She considered taking an industry role, but realized that she enjoyed working with students. “There’s industry research, but something you’re missing is the student body and the energy...the faculty route has this nice combination of research and teaching.” Currently, she works as an associate professor of computer science and engineering and co-directs the university’s Security and Privacy Research Lab. Roesner describes her research interests as covering “the whole spectrum of things: from how we should design systems to be more secure, to how people interact with computing systems and what their security expectations are...and everything in between.”

The same “security mindset” that Roesner embraced during her undergraduate education still fuels her work today. She enjoys studying both how people use technology and the unexpected ways that technologies can be misused, with the ultimate goal of figuring out how to fix potential problems and make them safer.

When deciding on which research projects to tackle, Roesner looks at which trends are currently relevant and what sectors “need to be looked at from a research perspective.” For an example, just look at her work on augmented reality (AR) and security. While researching security and privacy issues on AR platforms, Roesner said that the “core question” for her team was “what was new about these platforms?” With burgeoning technologies such as AR, the answers do not exist. As technological innovations continue to grow and accelerate at unprecedented speeds, it’s crucial for researchers to examine the security and privacy implications so they can design more secure platforms. In the case of AR and security, Roesner’s team worked toward creating solutions to these new problems. Roesner summed up her research ethos as such: “You have to understand what the right problems are and the constraints that people are working under. We want to push technical innovations, but we also want to make sure we’re working on things that solve real problems. Sometimes the real problems come from those constraints.”

Roesner’s recent research publications include “Smart Devices in Airbnbs: Considering Privacy and Security for both Guests and Hosts” and “Bad News: Clickbait and Deceptive Ads on News and Misinformation Websites.” More information about her work can be found on her website.