For decades, computer chips have gotten denser, faster and more energy efficient. But in recent years, those improvements have slowed to a crawl.

Yet some of the most exciting new applications engineers are exploring — self-driving cars, microscopic robots to diagnose and treat diseases inside the human body, and systems collecting environmental data for battlefield awareness or public health forecasting — need fast, compact, energy-efficient computer chips that can be integrated directly into these systems, rather than relying on connecting to supercomputers far away.

An interdisciplinary team of researchers at UT Austin are working on a possible solution: a radically new kind of computer called a neuromorphic computer, inspired by the human brain.

"The human brain uses a lot less energy than a supercomputer and can do some types of calculations faster," said Alex Demkov, professor in the Department of Physics and the Oden Institute for Computational Engineering and Sciences. "For example, you can cross a busy street safely because your brain calculates the trajectories of a bunch of cars without even really thinking about it." 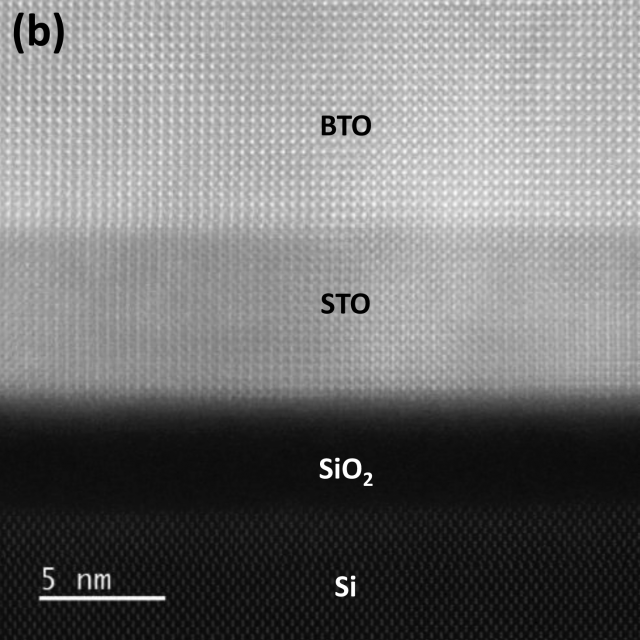 In a new perspectives piece published in the Journal of Applied Physics, a multidisciplinary team including physicist Demkov, computer scientist Chandrajit Bajaj and chemical engineer John Ekerdt lay out a vision for a practical neuromorphic computer that integrates traditional computer chips that use electrons to store and process information with devices that use light to do similar functions. They identified a key component that will need to be developed to make this a reality: an electro-optical modulator, a device that can encode information in light and perform certain kinds of computations.

The team is designing, building and testing electro-optical modulators made of barium titanate. This material can produce more compact, energy-efficient devices than other popular materials that have been investigated for modulators. Another advantage of this material is that the modulators can be fabricated directly on silicon chips using conventional manufacturing processes, which means they could be affordably integrated into existing production facilities.

Demkov said the team's biggest strength is the broad range of skills and experiences each member brings from their vantage points across the College of Natural Sciences, Cockrell School of Engineering, Texas Materials Institute and Oden Institute.

"The multidisciplinary aspect of this collaboration makes it very exciting because we each bring completely different perspectives," Demkov said.