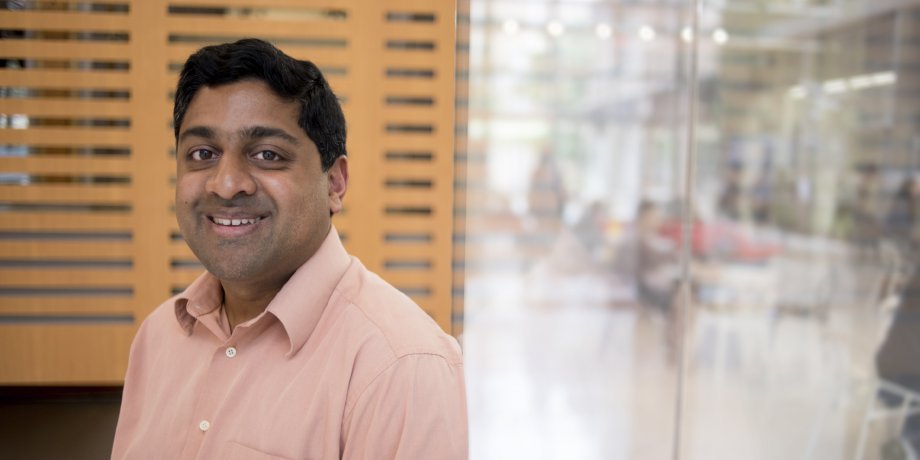 Dr. Chand John graduated from UT as a math and computer science dual major in 2003 and then went on to earn his CS master’s and PhD from Stanford. He noticed that CS textbooks are often “grey” and not visually appealing, so he decided to try his hand at CS art. Now, Dr. John creates computer science-based comics and is the creator of an animated lesson on sorting that has amassed over 3 million views on YouTube. The lesson was later adapted by BBC News Brasil, which cited him in a video on algorithms, AI, machine learning, and algorithmic bias. He creates comics on CS topics in a “panel style” that allows him to tell a story, rather than just list out facts and figures. “For many years, I've been trying to figure out ways to use art and other means to make computer science more accessible. I think my biggest beef is with textbooks because they cover the material, but it's so hard to sit down and read them. And sometimes you get lost trying to follow them,” Dr. John said. His comics feature famous women in STEM such as Katherine Johnson and Ada Lovelace, topics of diversity, equity, and inclusion, and colorful renditions of technical concepts. 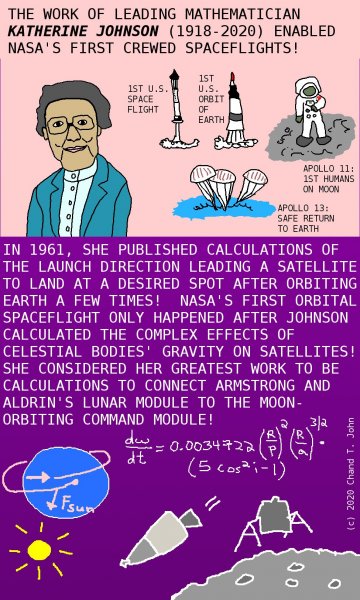 He recognizes that there are biases in the field of computing that limit minorities from succeeding and proudly works to end these biases and advocates for underrepresented groups here at The University of Texas at Austin. Dr. John pushes for diversity, equity and inclusion both on and off-campus by using his skill as a scientific communicator to feature underrepresented groups in vibrant ways and as an educator and mentor.

He currently serves as the faculty advisor of the Association of Black Computer Scientists (ABCS), is a member of the department's diversity, equity, and inclusion committee along side other members of the UTCS community dedicated to the cause, and has served on UT’s Services for Students with Disabilities (SSD) Faculty Advisory Committee. He works with these UTCS councils which consist of students, faculty, and staff to help the department reach its diversity, equity, and inclusion goals. Dr. John has also created and presented a research-backed talk on unconscious bias to local tech companies, including NXP Semiconductors, as an advisor to Breaking the Glass, an organization focused on improving diversity and inclusion in the tech industry. Dr. John won Breaking the Glass's Community Champions Award in 2019. He received the Clock Award for supporting students with disabilities in 2019 as well.

He recalls not hearing much about these necessary conversations when he was earning his degrees at UT. “When I was a student, there was a fairly traditional environment. The number I know for computer science, specifically, is that we went from about 10% female to about 25% female, which is still nowhere close to parity. But it's a big improvement for the department, especially a department of this size with a really high reputation. There's a lot more widespread acknowledgement that this should be done. We should work on improving diversity, equity, justice, and inclusion.” He recognizes that there is still much-needed work to be done to achieve stronger, more tangible equity within computer science and academia. “There's a lot of talking about it, which is good – a lot of dialogue needs to happen to make some of the change, but there's still a disparity in what the student experience is thought of being, and what that experience is actually like, especially for women, anyone who's a minority, and people with disabilities.” 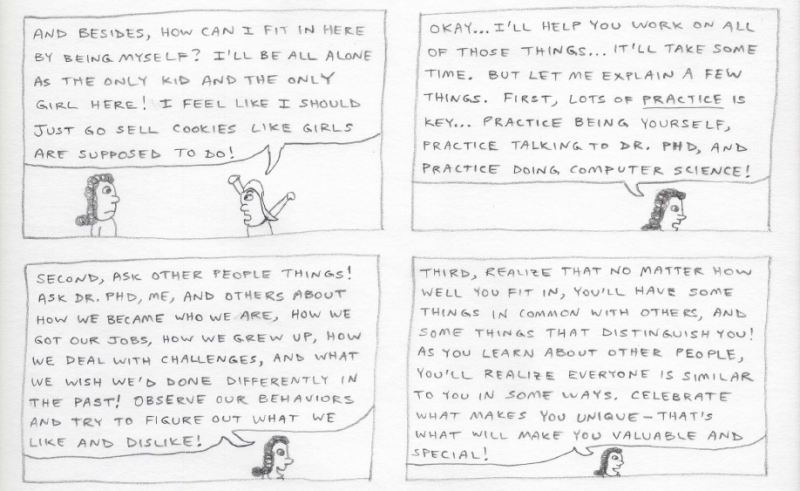 Dr. John feels that a lot of current textbooks and curriculums are forcing people into a narrow idea of what computer science should look like. His goal is to break that apart. The CS class he teaches, CS 312: Intro to Programming, is many student’s first experience with programming. He wants to establish that computer science can be done by anyone and that it isn’t a monolith, especially for beginners. The textbooks and materials traditionally used in such classes feature pictures and quotes from primarily white, male computer science figures. So he started doing research on female computer scientists and STEM leaders to start bringing quotes in from them onto course materials, presentations, and lectures. “I haven't lived the experience of being a woman in computer science, or a Black student in computer science, or a Native American in computer science, so I wanted to focus more on that. So when I came back to teaching at UT, that was something that I was especially interested in: Can we actually change the way that we're teaching to change the way computer science is presented?” He keeps these questions in mind as he navigates academia and the field of technology. 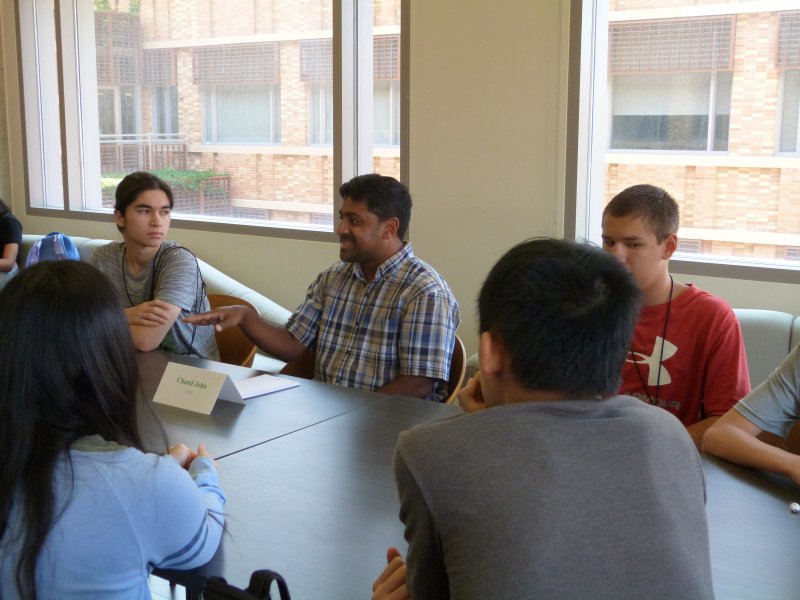 As a working parent, he recognizes the struggles that students, faculty, and staff are facing at the moment and works to create a welcoming environment through it all. On teaching during a pandemic, Dr. John said that the transition to remote learning has “been a little rocky, but people have been very understanding.” Despite the ongoing challenges, Dr. John’s mission of creating a more inclusive field of CS continues, as he carries on with his efforts to advocate for and amplify underrepresented voices both online and offline.