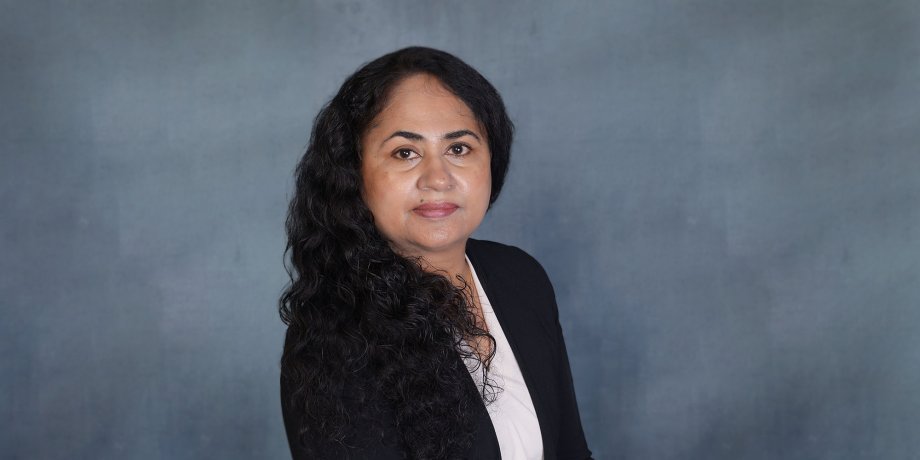 From a young age, Dr. John gravitated towards math and logical problem-solving. Although most of her family were in the humanities, they nurtured her unique interests in her early years. The definite logic and reasoning of mathematical concepts struck a chord with her that encouraged her curiosity in the field. As she pursued this curiosity as an undergrad at the Indian Institute of Science, it became clear to her that she had found her purpose. Dr. John had always planned on moving to the US for her Ph.D. and when she visited Austin she immediately knew that this was the place for her. Her visit included a tour of the department, where she was able to see the research-focused culture first-hand. All the faculty that she spoke with within the computer science department encouraged her to apply for their Ph.D. program, and she happily obliged.

During her time at UT, Ajita focused on distributed systems and programming languages. She worked heavily with Professor JC Browne and reflected afterward that UT is “a place that encourages clear thinking, clear logical thinking. ...that has carried me through.” Her dissertation was in graphical parallel programming languages and her training in research and foundational computer science prepared her for subsequent research areas she would pursue post doc such as network management, social computing, machine learning, and natural language processing.

Even though her coursework was stimulating, Dr. John described the unique challenges of being a woman in the field of computer science. Dr. John saw a need for community among her female classmates and began meeting with them for a monthly coffee hour. During these meetings, the environment felt comfortable and inclusive, and the women were able to bond and support one another through the demands of their rigorous academic work with the assurance that they were not alone.

After graduating from UT with her Ph.D. in the class of 1997, she was eager to find a work environment where she could continue working alongside passionate researchers. Her strong foundational education in CS provided her with the tools to succeed in publishing groundbreaking research and even invented a piece of conferencing software at Avaya Labs. This software, called “Collaborative Life Tagging,” would tag sections of recorded audio in real-time for easier review. After a while, she outgrew Avaya Labs and created a startup called Koopid with several of her colleagues. Koopid is a customer service chatbot software that businesses can utilize to help automate effective customer service.

Now, about 5 years later, Dr. John is the Vice President of Artificial Intelligence at Koopid and teaches as an adjunct professor at Rutgers University.