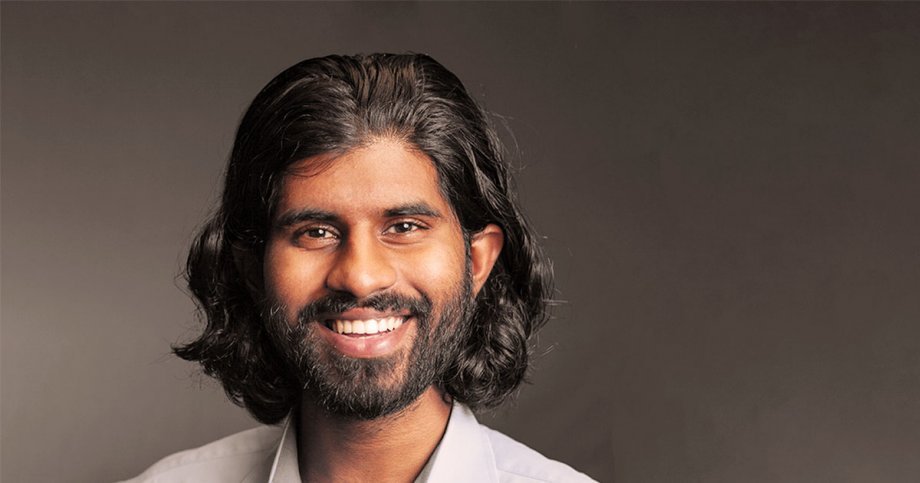 Tarun Nimmagada Graduated the from UT Computer Science with a bachelor's in 2009. He was accepted to the Turings Scholar program, a computer science honor program that requires students to complete an honors thesis before graduating. This program introduced Tarun to computer science research from an early point in his computer science career. With this research background, Tarun entered a competition in his junior year offering a hefty $50,000 reward for anyone who could come up with a business idea with a positive social impact. Inspired, he came up with an idea to build technology that assists people with disabilities to move  around campus. He submitted his idea to the competition, built a team, and won. Since then, Tarun knew that mission-driven entrepreneurship was the path for him.

Though Tarun graduated from UT Computer Science with hopes of starting his own company, he graduated at the height of the 2008 recession—not the ideal moment to launch a startup. At this time, however,  iPhones entered the scene, opening up an opportunity for the recent computer science graduate. Tarun decided to use his education and research experience to build apps for smartphones. He started a company called Mutual Mobile to build iPhone apps for other companies. The company grew rapidly, and within four years the company had about 350 employees before it was acquired. Tarun then started a company called Ruckit in construction tech, which was also acquired recently in December 2020.

More recently, Tarun has been using his entrepreneurship mindset and skill as a computer scientist to help the world deal with the impact of COVID-19. When the pandemic first started, Tarun put out a post on social media saying that he wanted to build technology to help fight the pandemic. Immediately, he got several responses from his peers. They decided that they could have the most impact by helping  companies keep track of the health of their employees. They worked together to create this solution, and they named it ReturnSafe.

ReturnSafe is helping organizations and businesses reopen and stay open by protecting workers and families from infectious disease outbreaks in the workplace. The company’s holistic software solution provides daily health screenings, testing data management, exposure notification and contact tracing solutions, and vaccine and case management for COVID-19 and other infectious diseases. The goal is to ensure businesses can transition confidently between now, the post-COVID world, and beyond. So far, ReturnSafe employs 30 people, is used by 50 companies and has generated over a million dollars worth of revenue.

Ultimately, entrepreneurship is about changing the world. Entrepreneurs seek problems in our society and then create a solution for them, and Tarun is no exception. For this reason, computer science and entrepreneurship go hand in hand, as Tarun put it “Computer science is broad and applicable[and is] playing a leading role in increasing our understanding of the world.” The opportunity to engage with computer science research from early on as a student has opened up many doors for Tarun and allowed him to utilize his problem-solving mindset to leave a positive impact on society.

For Tarun, this is just the beginning, he has already been named in Inc’s 30 Under 30, Forbes’ 50 Most Promising Companies, recognized by the White House as one of the top 100 companies founded by young entrepreneurs and sits on UT Computer Science’s advisory council.

“I think i’m just getting started,” he tells me, “I’m sharpening the skills I need to make the kind of impact I want to have 10 years from now.”