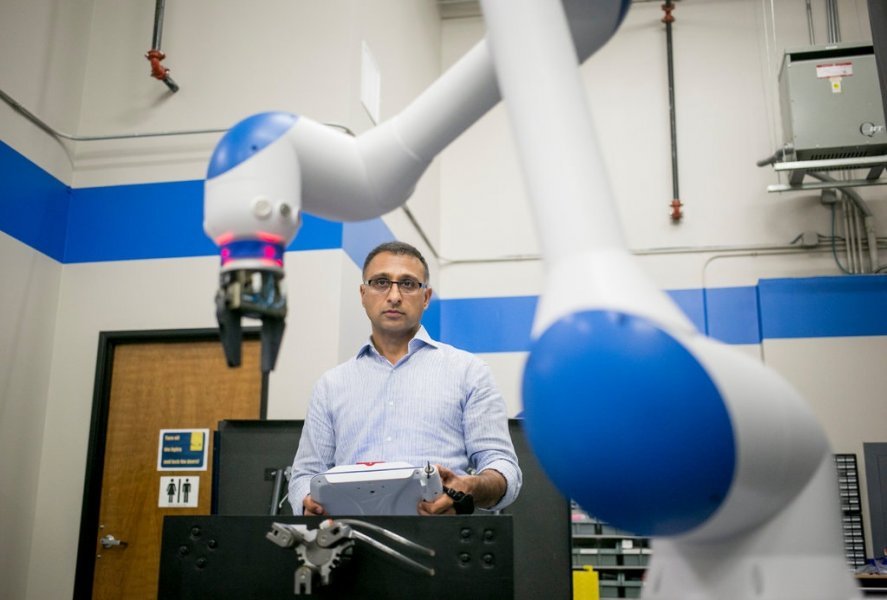 Yaskawa, a global manufacturer of servos, motion controllers, AC motor drives, switches, and industrial robots, is establishing a partnership with The University of Texas at Austin. This partnership is marked with a gift of a dual-arm, SDA10F robot that will be available for the use of the Texas Robotics faculty. The partnership aims to facilitate interdisciplinary  research and innovation within the robotics community in the university.

Chetan Kapoor, who leads R&D at Yaskawa America, Motoman Robotics Division, spearheaded this partnership initiative. Kapoor earned his Ph.D. in Mechanical Engineering and Computer Science from The University of Texas at Austin in 1996, and served as an Associate Research Director at the university for over 10 years, leading a team of researchers in the field of robotic systems. He founded Agile Planet based on technology licensed from UT Austin, a company that was later acquired by Yaskawa in 2013.

Kapoor emphasized that progress in robotics will require interdisciplinary technologies and research, and that the Texas Robotics program offers the ideal infrastructure and expertise to aid in this progress. Their expertise spans from mechanical design, control systems, modeling, and artificial intelligence, and is  a key reason for gifting the robot. “The robot we’re giving UT is very capable mechanically…but we feel that we can take it to the next level,” Kapoor said when asked about the timing of the partnership. 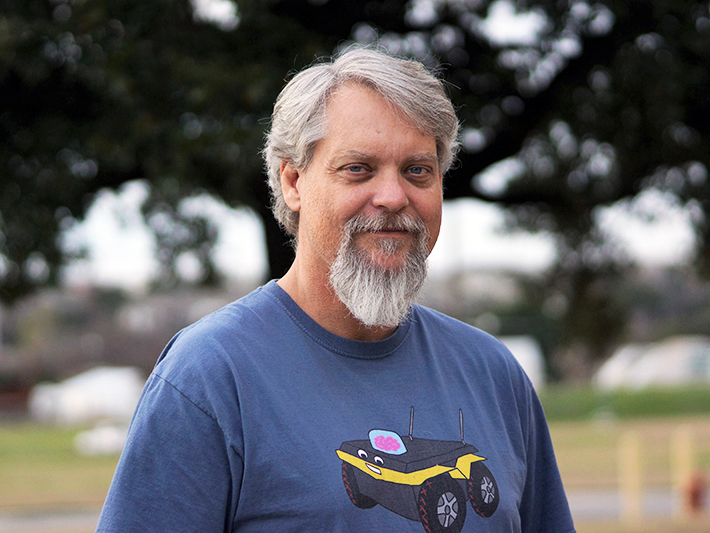 Kapoor’s time at The University of Austin brought him into close contact with Mitch Pryor, a Research Scientist and Lecturer for the Cockrell School of Engineering at UT Austin and co-founder of the Nuclear Robotics Group and the Drilling & Rig Automation Group. “Chetan was finishing his Ph.D. when I began graduate school in ‘95. The first paper that I ever published was with Chetan,” said Pryor about his early experiences working with Kapoor.

Pryor and Kapoor’s decades-long professional relationship has helped solidified the partnership and highlighted how the University of Texas maintains strong ties with industry leaders to help foster innovation. This initiative also signals a trend that the university has been moving toward: creating systems, spaces, and organizations to help researchers in various fields manage cross-collaborative relationships and better communicate the value of their work. Kapoor cited Texas Robotics as being representative of this trend. “In the past, [robotics research] was really siloed,” he stated. Texas Robotics encourages researchers from computer science and engineering disciplines to work more closely together. “We can use the cross-disciplinary approach to solve the hard problems in robotics,” said Kapoor.

Pryor described one of the most significant research applications enabled by the gift as “advancing fundamental research of controlling redundant systems.” Described as having “human-like flexibility,” the SDA10F has impressive mechanical function. This capability, however, is limited as the robot lacks the ability to perceive, plan, and act autonomously. “As an example, the SDA10F is today mechanically capable of assembling an Ikea office chair. However, every step of the assembly process must be manually programmed and all chair components typically found in fixed, precise locations. This reduces the practical application of this robot. Research at UT can bridge this gap by augmenting this robot with perception, modeling, and reasoning,” said Pryor.

This partnership also enables research that has applications in the medical field. Pryor noted that Dr. Farshid Alambeigi and Dr. Ashish D. Deshpande were likely to use the robot in the immediate future. “Both of them do a lot of work with robots for medical applications, including rehabilitation,” he said.

“This is just a great next step. The fact that UT faculty has access to the Anna Hiss Gym creates an opportunity for Yaskawa to engage more people.”