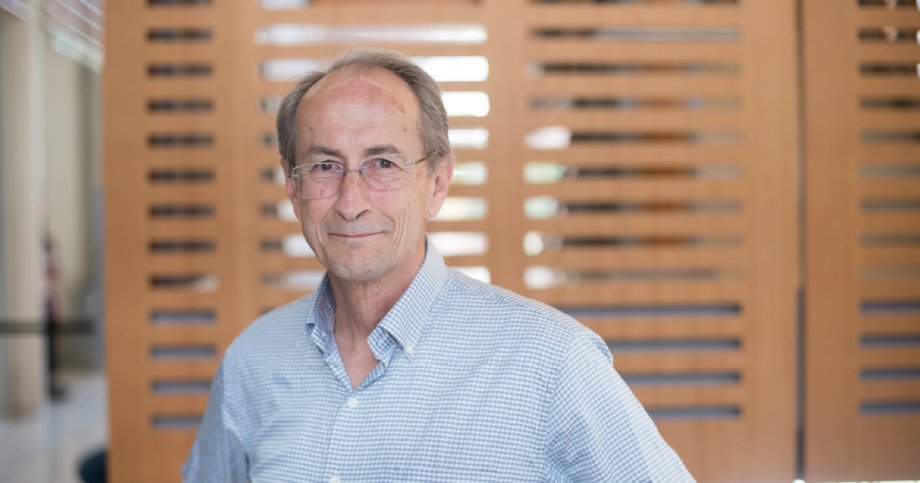 It is with great sadness that we inform the scientific community of the passing of an international giant. Dana Ballard passed away on Nov 3rd, 2022, at the age of 76.

It is hard to single out Dana’s “signature” work among his many achievements. Over the past few decades, his unabated scientific curiosity drove him deeply into multiple interrelated fields in computer vision and artificial intelligence, vision science, cognitive science, and neuroscience. The interdisciplinary nature of his research created synergistic insights that were always ahead of his time. His work led to paradigm-shifting contributions not in just one but in multiple research fields. Perhaps one way to share Dana’s research journey is to go through the pathways Dana has created that connect those scientific fields.

From computer vision to human vision. Most of Dana’s early work was on computer vision. In 1982, with Chris Brown, Dana co-authored a highly influential first textbook on computer vision. Around the same time, he invented two powerful algorithms -- Color Indexing and Generalized Hough Transform – which are still widely used. In 1985, Dana led a team that designed and built a high-speed binocular camera control system capable of simulating human eye movements. This system led to an increased understanding of the role of action in simplifying visual tasks.

From behavior to the brain. In 1995, Dana and his longtime collaborator Mary Hayhoe developed an experimental setup to capture time-locked multimodal data from mobile eye trackers and motion tracking devices with precise measurements of freely moving participants in natural situations. With this technological breakthrough, they conducted a series of studies to examine how behavioral programs control the selection of visual information and, in particular, the pervasive role of the task in guiding where and when to deploy gaze. To further examine the top-down effects on vision and attention, in 1999, Dana and his Ph.D. student Rajesh Rao published a predictive neural coding model which could explain a vast amount of data from visual cortex.

From computational models to cognitive theories. By combining computational and experimental approaches, these seminal works collectively led to three major theoretical contributions: 1) Predictive coding. Dana’s research suggested that the brain uses its prior knowledge of the world to generate hypotheses about the causes of incoming sensory information based on an internal model. Due to his work, probably the majority of neuroscientists now see the brain as a “prediction machine.” 2) Active vision. Through Dana’s work, the field discovered that biologically motivated active vision could be much more efficient than static image analysis. Sensorimotor tasks are easier when sensors are closely integrated with effectors. 3) Embodied cognition. A seminal paper proposed that the physical world serves as our memory and that deictic behavior serves to link the brain and the external world. This idea has stirred much interest not only in vision science but also in philosophy.

Dana was a fabulous mentor and a great colleague. His trainees will remember him for his intelligence, his humor, and his kindness. Dana found ways to create unique soil to nurture many different flowers to blossom. I am sure that there are many fun memories of Dana that would bring smiles to his colleagues and friends at the University of Rochester and the University of Texas at Austin. He was one of the kindest people I have had the pleasure of knowing and working with. I, for one, will forever be grateful for his contributions to science and for his kindness and support in my life.

Dana Ballard was a true giant in the field. His research has always been “ahead of the curve.” He was an influential thinker and an innovative experimenter. Dana will long be remembered for his outstanding accomplishments, his compassion, his strength, his style, and his commitment to science.

Authored by Chen Yu, Charles and Sarah Seay Regents Professor, Department of Psychology, Center of Perceptual Systems, The University of Texas at Austin