Dr. Kathryn McKinley, professor at The University of Texas at Austin Department of Computer Sciences, was awarded Fellow status with a citation for "contributions to compilers and memory management."

ACM has recognized 44 members for their contributions to computing technology that have generated a broad range of innovations to industry, commerce, entertainment, and education. The 2008 ACM Fellows, from the world’s leading universities, industries, and research labs, created advances in computer theory as well as practice. These technology developments have consistently demonstrated their crucial role in forming the foundation for sustained economic growth in an information-based society. 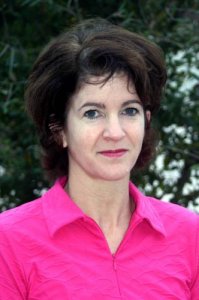 Professor McKinley received her Ph.D. from Rice University in 1992 and her doctoral advisor was Ken Kennedy. Her research interests include compilers, memory management, runtime systems, programming languages, debugging, and architecture. She has published over 90 refereed articles in conferences, journals, and books. She and her collaborators have produced a number of tools that are in wide research and industrial use, e.g., the DaCapo Java Benchmarks, the TRIPS Compiler, the Hoard memory manager, and the MMTk garbage collector toolkit.

Professor McKinley is currently Co-Editor-in-Chief of ACM Transactions on Programming Language Systems (TOPLAS). She served as the Treasurer/Secretary for SIGPLAN (1999-2001). She was the program chair for PLDI 2007, PACT 2005, and ASPLOS 2004. Her previous honors include ACM Distinguished Scientist, IBM Faculty Awards, College of Natural Science's Dean's Fellow, and an NSF CAREER Award. She has mentored in the CRA Distributed Mentor Programs for undergraduate and graduate student woman, and co-led with Daniel Jimenez the CRAW/CDC Programming Languages Summer School, 2007. She was the Director of the Department of Computer Sciences' First Bytes Program, a one week summer camp to introduce high school girls to computer science. She is currently supervising six Ph.D. students, and has graduated ten Ph.D. students.

ACM will formally recognize the 2008 Fellows at its annual Awards Banquet on June 27, 2009, in San Diego, CA. Additional information about the ACM 2008 Fellows, the awards event, as well as previous ACM Fellow and award winners is available at http://www.acm.org/awards.

About the ACM Fellows Program

The ACM Fellows Program, initiated in 1993, celebrates the exceptional contributions of the leading members in the computing field. These individuals have helped to enlighten researchers, developers, practitioners and end-users of information technology throughout the world. The new ACM Fellows join a distinguished list of colleagues to whom ACM and its members look for guidance and leadership in computing and information technology.