Self-driving Cars Are Right Around the Corner; Then What? 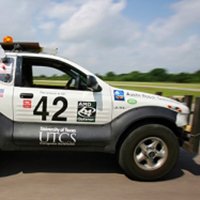 Special to the American-Statesman 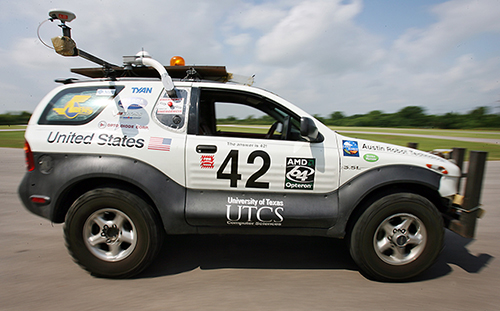 Certain technologies go from being almost unimaginable to becoming commonplace in what seems like the blink of an eye.

It was a relatively short time between when microwave ovens were introduced and when they became a standard appliance. Entire aisles of grocery stores were re-purposed to accommodate microwaveable food; eating habits changed. People quickly forgot what life was like when food needed to be reheated in the oven or on the stove.

Similar changes were brought about by the introduction of refrigerators, televisions, cellphones and personal computers, among other life-changing technologies. When cellphones were introduced, it was tempting to think that they would be used in the same way as traditional phones, only without being tethered to the wall. Few people predicted that cellphones would eliminate the need to plan ahead all the details of when and where to meet a friend. Before they were introduced, it was hard to imagine the impact they would have, but soon afterwards it became hard to remember life without them.

One of the next technologies that is likely to have similarly large and unforeseen effects is self-driving cars. It is easy to envision such autonomous cars as simply allowing drivers to safely multitask while “driving” — that they will be otherwise quite similar to today’s cars on today’s roads. However, much bigger changes are ahead, and it won’t be long before we no longer remember what life was like when cars had steering wheels.

When it comes to autonomous cars, the question is no longer “If?” but “When?” People have long imagined what would happen if cars could drive themselves. For example, the 1980s hit TV show “Knight Rider” was based entirely on the premise. Such shows were seen as science fiction or fantasy — cars would clearly not drive themselves in the near future.

But over the past few years, the general public has gradually begun to realize that self-driving cars are an impending reality. It is no longer just Hollywood that is considering the potential implications, but now legislators, lobbyists, and insurance companies.

In fact, most of the necessary technology has existed for more than two decades, including working prototypes. But only recently has it become conceivable that they could be both affordable and safer than human-driven cars. Most car companies are working actively on autonomous cars, and Google has publicized that its autonomous cars have driven more than 700,000 miles without a single accident.

As a specialist in artificial intelligence, I have been conducting research on autonomous vehicles since 2003. My students and I have developed new protocols for cars to coordinate movement through intersections that promise to be dramatically more efficient than traffic signals and stop signs when most of the cars are autonomous. We participated in the famous 2007 DARPA Urban Challenge in which fully autonomous cars were demonstrated to be capable of driving in (sub)urban settings, while following the rules of the road.

We partnered with Austin Robot Technology, a group of local innovators, to create a car that was able, on its own, to drive correctly at stop signs and in the presence of other traffic.

When we began, even our forward-looking colleagues in computer science looked at us incredulously when we said that we thought autonomous cars would eventually become commonplace. Research on autonomous cars was thought to be well ahead of the curve. However, last year we retired the car because of how much progress is being made in industry. It is no longer a topic of futuristic research; autonomous driving is becoming a marketable product.

So how will autonomous cars change our lives? Nobody knows for sure. But it’s clear that we won’t simply treat the cars like driverless versions of our current cars. For one thing, people who are not currently independently mobile will be able to “drive.” The elderly and the vision impaired will have increased independence when it comes to transportation, as will children. I’m sure that more than one parent will relish the thought of the children getting to soccer practice on their own.

However, there are many more far-reaching effects that may emerge. Starting with urban planning, if cars can drive themselves, will we still need parking garages downtown? Or will unused cars make their way to parking lots in more remote locations? Will the cars even need to park? Car sharing services such as Car2Go may become much more appealing if the car can meet you at your trip’s origin. Perhaps many more people will forego private ownership in favor of car sharing.

If drivers don’t need to pay attention when driving, commuting by car may become more like commuting by train, providing extra time for reading or work. Will this encourage more people to live farther out in the suburbs since they won’t mind the long commute? If so, autonomous cars could actually generate more traffic and congestion.

On the other hand, my colleagues and I have been actively considering the opportunities for reducing congestion, and thus indirectly reducing fuel usage and emissions. At intersections, cars may be able to coordinate so finely with one another that they barely need to decelerate when approaching an intersection (and seldom, if ever, need to stop). The direction of lanes could be changed minute-by-minute based on how many cars are travelling in each direction on a road. And novel pricing mechanisms may make it possible to incentivize more off-peak travel, and to encourage distribution of trips so that fewer roads get clogged.

Of course all of these changes will need to take place in such a way that the roads remain friendly, or ideally become friendlier, for bicyclists and pedestrians. Even if demonstrated to be safe, will they feel comfortable walking and riding in the presence of autonomous cars, or will we need to build new special lanes, bridges, or tunnels?

I don’t know the answers to all of these questions. But I do believe strongly that autonomous cars will be on the market before long; that once they are, they will quickly become commonplace; that they will bring about many changes to our cities, roadways, and lifestyles; and that we will all adapt quickly. We will tell our disbelieving children and grandchildren that we remember when cars needed to be driven by people.