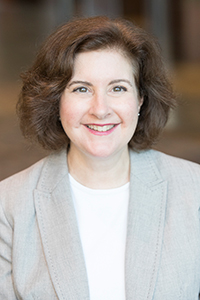 Incorporating models into the design, test, and monitoring processes of complex systems can reduce development costs and improve performance and reliability.  However, developing appropriate models and calibrating these models with measurement data is often time consuming. The problems are magnified in cases of distributed systems and cyber-physical system. Additionally, real-time test and hardware-in-the-loop applications may require the partitioning of model components on heterogenous targets with a combination of multi-core processors and field programmable gate arrays.  There are various commercial and open-source software options available for developing models but multiple modeling tools may be required for a single application.

This talk will review current efforts to overcome these challenges in modeling and simulation. Several successful applications will be discussed as well. Research in this area is continuing and collaboration is a must.

Dr. Jeannie Sullivan Falcon is the Chief Engineer for Control and Simulation at National Instruments.  She leads technical consulting, product strategy, and product management efforts in the use of LabVIEW for analysis, design, and deployment.  This includes real-time math, analysis, signal processing, control design, simulation, and robotics.  Jeannie joined NI in 2000 as the group manager for motion control in R&D and has also served as a hardware product strategist. In 2011, she won the NI Product Marketing Engineer of the Year Award.

She previously led research in control and mechatronics at the Air Force Research Laboratory while serving as a Captain in the US Air Force. Her team in the Space Vehicles Directorate at AFRL won an SPIE "Smart Structures Product Implementation Award" for their work on the Vibration Isolation and Suppression System, a precision pointing system for optical payloads on satellites.

Jeannie received her bachelor's degree in physics from Carnegie Mellon University and holds her master's and doctoral degrees in mechanical engineering from the Massachusetts Institute of Technology. She was an Air Force ROTC Distinguished Graduate at Carnegie Mellon. 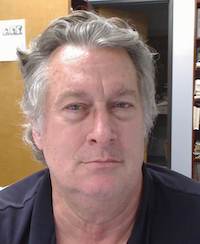 We have found it practical to mix high level models of programs with low-level models of source code, using domain-specific notations for each, and applying composable transformations (both reifying and abstracting) to both.

This talk will provide an intuitive unified view of how "models" and "code" can be treated consistently, and how transforms between them may be harnessed for both forward and reverse engineering.

A practical version of such a tool must be able to (meta)model a variety of models and source code, and allow specification and execution of transformations across these.

We will describe an effective tool for reverse engineering "assembly code" for running large-scale chemical plants back to abstract process control models, and then forward engineer those models to a completely different industrial control language, preserving the critical elements of factory control. This realizes the vision of (ADM/MDA) of "architecture-driven modeling of legacy applications into reifiable models. The implementation uses a combination of abstract syntax trees, data-flow graphs, and what amounts to graph-grammars, and mixes the analysis and transformation of these.  Special support for reverse engineering low level code is provided by data flow pattern graphs. This reverse/forward engineering tool is realized using a commercial program transformation (DMS).

The resulting tool is being used by a Fortune 100 company to re-engineer the process control code for roughly 1000 factories.

Dr. Baxter has been building system software since 1969, when he built a timesharing system on Data General Nova serial #3.  In the mid-seventies, he built real-time, single user, multi-user systems and locally distributed OSes on 8 bit CPUs.  Realizing that software engineering was largely enhancement of existing code rather than building new code, and that the OS architectures were conceptually similar but shared no code, he went back to graduate school to learn more about reuse of knowledge in software maintenance.  He studied program transformation tools for code generation and modification, obtaining a PhD from UC Irvine in 1990. At the Schlumberger Computer Science lab, he worked on generation of parallel CM-5 Fortran code for sonic wave models from PDEs. He spent several years as consulting scientist for Rockwell Automation working on automating factory control. In 1996, he founded Semantic Designs, where he is now CEO and CTO. At SD, he architected DMS, a general purpose program transformation engine, used in commercial software reengineering tasks, and he designed and implemented PARLANSE, a task-parallel, work-stealing programming language in which DMS is implemented.  He has been project lead on applying DMS to re-architect large C++ applications.  Recent work includes automated recovery of chemical factory process control models from low-level industrial controller software to enable migrations to new process control platforms. 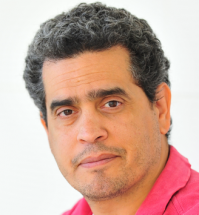 For the first 25 years of my career, I worked primarily in the University setting, focusing on education and basic research. Recently, I took over as the Executive Director of the Fraunhofer USA Center for Experimental Software Engineering in College Park, MD. Fraunhofer is a global organization with a mission to do applied research and technology transfer that gets technology into the hands of industrial companies so they can be successful.

To keep this Center aligned with the overall Fraunhofer mission, I have had to look hard at how basic research gets successfully transferred into practice. One result of this is my belief that models and model-based technologies are particularly well-suited to the goals of applied research and technology transfer. Just a few reasons for this include that models addresses key industrial concerns such as the need to express and manage complexity, models enable a wide variety of powerful, automatable analyses, useful at multiple stages of the system development lifecycle, and models act as a common language facilitating the interaction of domain and systems experts.

In this talk I’ll give a very brief overview of the Fraunhofer organization. I will discuss how models help us engage effectively with government and industrial clients, and I will provide a number of examples of how we use models in our day to day work.

Since 1991 Dr. Porter has been a Professor of Computer Science at the University of Maryland and the University of Maryland Institute for Advanced Studies. He also serves as the Executive and Scientific Director of the Fraunhofer USA Center for Experimental Software Engineering, a UMD-affiliated applied research and technology transfer center specializing in software and systems engineering.

Dr. Porter is an award-winning teacher and researcher. He is a winner of the US National Science Foundation’s Faculty Early Career Development Award and a winner of multiple teaching awards including the Creative Educator Award from the Board of Visitors of UMD’s College of Computer, Mathematics, and Natural Sciences.

His research focuses on tools and techniques for identifying and eliminating bottlenecks in industrial software and systems development processes, experimental evaluation of fundamental software engineering hypotheses, and development of tools that demonstrably improve fundamental software and systems development processes. This work has been supported by major government and private sector organizations including the US DoD, NSF, NIH, Google, AT&T, Ford Motor Company, IBM and more.

Since 2014, Dr. Porter has run one the world’s largest Massive Online Open Courses. Focusing on Mobile Application Development for the Android Platform, this course has had over 900K student registrations from over 200 countries around the world.