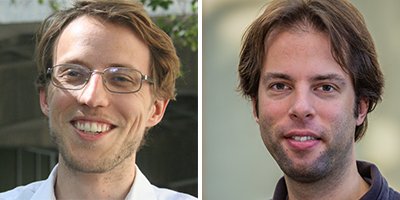 Awarded annually since 1955, the Sloan Research Fellowships are given to early-career scientists and scholars whose achievements and potential identify them as rising stars among the next generation of scientific leaders. Since the beginning of the program, 45 Sloan Fellows have earned Nobel Prizes, 16 have won the Fields Medal in mathematics, 69 have received the National Medal of Science, and 17 have won the John Bates Clark Medal in economics.

Professor Huth works at the intersection of machine learning, computational neuroscience, and natural language processing. His current projects include modeling how the brain responds to language using artificial neural networks, understanding how differently peoples’ brains are organized using techniques drawn from statistical physics and differential geometry, and developing efficient methods for computing and storing geodesic distances in 3D meshes in collaboration with Intel Labs. His research is funded by the Burroughs-Wellcome Foundation among other organizations, and it has been featured in journals like Nature, Neuron, and Nature Neuroscience.

Simon Peter is the director of the UT Austin Systems Research Consortium, which is working closely with industry to shape the future of cloud computing. His current research includes co-designing the networking and storage stacks with new hardware technologies to push server I/O efficiency an order of magnitude beyond today's capabilities, and it is supported by VMware, Microsoft Research, Huawei, and Google. He was awarded the Jay Lepreau Best Paper Award at the OSDI conference in 2014 and 2016, and his work is being recognized this year with the NSF CAREER Award as well.

“The Sloan Research Fellows represent the very best science has to offer,” Adam Falk, president of the Alfred P. Sloan Foundation, said in a press release. “The brightest minds, tackling the hardest problems, and succeeding brilliantly — Fellows are quite literally the future of twenty-first century science.”

Alex Huth and Simon Peter join thirteen other past and present faculty of the UT Computer Science department who are members of this elite group of scientists.