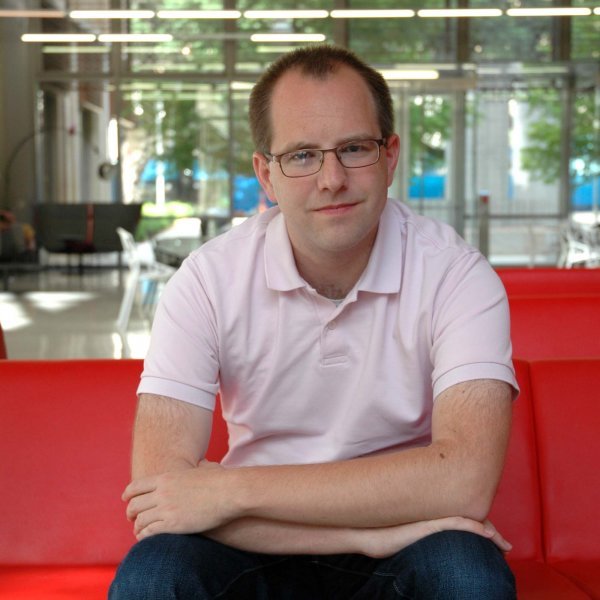 The world is made up of shapes of all kinds, from boxy cubes to perfect spheres and everything in between. Some shapes work best for certain applications; for example, only a few configurations will lead to a stable building.

Computer science assistant professor Etienne Vouga’s research in physical simulation and geometry processing takes these complex shapes, turns them into a simpler type of geometry that a computer can understand, then uses computer algorithms to improve real-world applications such as architecture and 3D printing.

In order to allow computers to simulate these systems, the smooth, continuous geometry of the real world must be approximated by breaking the curves and surfaces into a finite amount of points.

“Geometry in the real world is extremely complex: there’s lots of details in geometry, there’s lots of sharp features and small details,” Vouga said. “If you try to create a computer algorithm that deals with real-world geometry, it just isn’t tractable, there’s just too much data and too much complexity.”

For example, in order to simulate a perfect sphere with infinitely many points on a computer, it must be approximated as a polyhedron, or many-sided object, with its smooth curves broken up by an amount of points that the computer can handle. However, many formulas in math and physics require the geometry to be smooth and won't work if you try to apply them directly to discrete, or “chunky,” objects. Researchers such as Vouga study new formulas that can handle this discontinuous geometry, called discrete differential geometry. 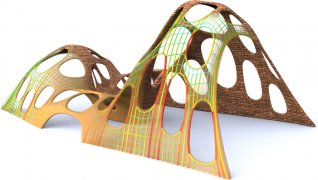 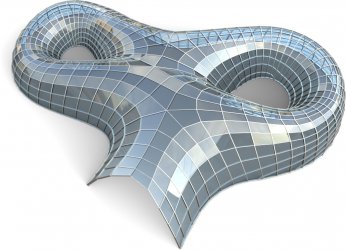 A major challenge is making sure that any formulas or mathematical descriptions of the approximated object reflect reality. Sometimes, according to Vouga, formulas that approximate real-world objects can break down as more detail is added to a computer simulation.

However, there’s a trade-off to more detailed approximations: more accuracy costs more computational resources. The key is to balance an accurate representation of the object with using less information and processing power, Vouga said.

“You want to have this knob that you can tune so that the more (computational resources) budget you can allow, the better your answer gets,” he said. “The hallmark of a good algorithm in discrete differential geometry is that this knob is in place and works correctly.”

In the past, Vouga and his fellow researchers have used discrete differential geometry to turn the physics of buildings into algorithms that can predict what building shapes will and won’t hold up. By simplifying the geometry, computers can handle the formulas in a shorter amount of time, allowing these algorithms to be used in software programs that architects can use to try out different shapes and understand how they would work in the real world.

For example, skyscrapers are most commonly built with concrete strengthened by steel reinforcing bars, but architects want building techniques that don’t use these materials, according to Vouga. After about a century, the steel begins to corrode within the concrete and the building becomes less stable. Buildings made from other materials, such as stone or glass, would last longer and cost less to construct, Vouga said.

More recently, Vouga has been working on applying geometry processing to 3D printing. He has worked with UT’s Institute for Computational Engineering and Sciences to investigate designing 3D-printed mechanical objects, such as an analog clock, that actually work. Uncertainty from the process of 3D printing, even under the best circumstances, creates challenges when printing complex objects.

“You’re never quite sure what you’re going to get out of the 3D printer,” Vouga said. “Small variations can cause large changes in the behavior of the object you’re trying to build. If your gear is slightly too bumpy or if it’s slightly too fat, it won’t turn anymore (because) there will be too much friction between the gears.”

In order to compensate for these effects, the researchers are working on algorithms that make it less likely that the resulting objects will not fit together. The algorithms must understand the design and the function of the object, then use this information to predict any errors the 3D printer will make and adjust the shape of the object that will be printed. 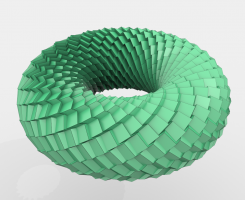 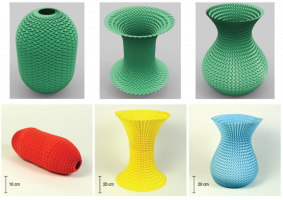 His most recent research, published last October, explores reverse-engineering and mimicking the growth of complicated-looking biological objects, such as leaves and flowers, from simple shapes. Since 3D printers can’t print thin objects accurately, the researchers came up with a technique using the mathematics of biological growth to create a 3D object out of two dimensions using plastics that swell or shrink at different rates when heated. This could lead to objects that change shape in response to surrounding conditions and robotics that can move without motors.

Just like finding the best shape for a building, both of these problems rely on understanding and optimizing the geometry of a needed shape. Vouga said these solutions will start to let 3D printing overcome its limitations and live up to some of people’s expectations.

“They tell you that you’ll be able to 3D-print anything that you want at home and you won’t ever need to go to the store again,” he said. “This is nonsense, there’s only a certain amount of practical objects that you can actually 3D-print.”

Vouga said that understanding geometry is important to comprehending and recreating the behavior of important processes, such as leaf growth and building stability.

“Although these sound like very different questions about very different topics, at the heart of all of these is the relationship between geometry and function,” he said. “If we can understand geometry, and compute with it, we can better understand and predict the physics of the natural world.”