A few weeks ago, I wrote an article about comparing yourself—and specifically, why you shouldn’t compare yourself to other people and instead look at how you’ve changed since yesterday.

So what happens when you find yourself doing worse than you were doing yesterday?

Imagine you’re a mountain climber, scaling a massive cliff. As you climb, you find yourself growing more and more confident in your climbing skills, until suddenly you grab for a hold that crumbles away in your hand, and you begin to fall. As you tumble down the mountain, you hit (cartoon-style) some crags on the way down, but none is more painful than the first. Not only are you in a situation where death is almost guaranteed, but now your entire body is in pain as you fall. The next collision doesn’t hurt so much, because you’ve become accustomed to the pain. The further down you go, the more times you hurt yourself, the less it hurts, until you barely notice it at all.

The only difference between falling down a mountain and doing worse every day is that when you grab for a hold that isn’t stable, you know the moment you lose your grip that you’re about to fall. Unfortunately, life presents us with no such warnings. It isn’t until that first collision that we begin to realize that we’re falling and that we’re facing certain death if we keep falling. Sometimes, we get lucky, and we crash onto a stable point a little further down, just a little bruised for the journey. But more often than not, we find ourselves all the way at the bottom of the mountain, staring back up to where we fell from, before we can get up again.

The falling is inevitable. At some point, something in your life, either caused by you or by someone around you, will give way and you’ll find yourself falling—and it won’t be until you notice that you’re not going to the gym as much as you were last week or you’re not getting any of the job offers you want or your relationships are failing that you realize you are, in fact, falling. And that’s partly because life gives us next to no time to sit and meditate on where we are and whether or not we’re closer to success or failure than we were a week or a month ago.

What defines us is not how we fall—but rather how, once we realize we’re falling, we acclimate. Some people consign themselves to failure and wait until they hit the stable ground at the base of the mountain before getting back up. Others realize the moment they lose their grip that they need to regain it as quickly as possible. Most people are somewhere in between. And unfortunately, the only way to get better at acclimating ourselves is to fail over and over again until we can adjust quickly enough so that it doesn’t make too much of a difference. 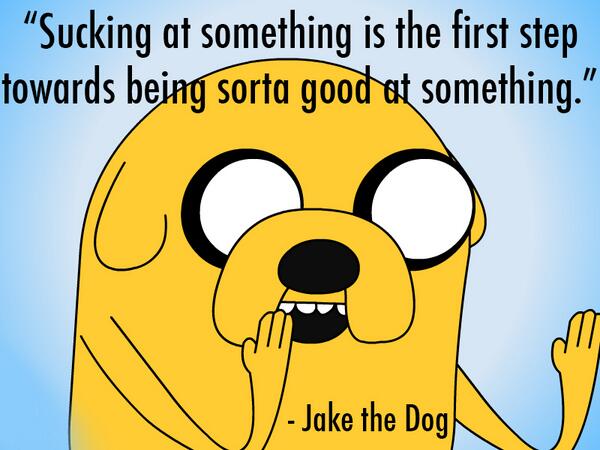 The best part about college, though, is that no matter how bleak circumstances are, you almost always have a pretty thick cushion to land on. No matter how far you fall, the worst that can happen to you here is almost always so much better than what would happen to you in the real world that there’s no need to worry about it. That doesn’t mean that I advocate recklessly breaking the rules to see how far you can fall while still being able to pick yourself up.

What I mean is that if you find yourself doing badly in a class, or missing a deadline or two, use that failure as an opportunity to learn how better to dust yourself off and pick yourself up. And once you leave UT, you’ll find that it’s the people who are best at picking themselves up quickly who become leaders in their fields. So use this opportunity to fail well—and you might find that what starts here really might change the world.